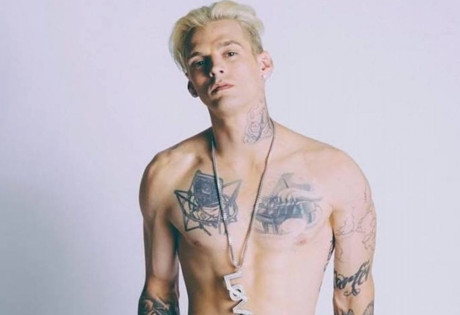 WeddingEntertainment.com makes it easy and trouble-free to check availability and pricing for booking Aaron Carter or any act in the business for your wedding. If we don't book an act for you, our service is free. For over 26 years we have booked and produced thousands of events for our clients worldwide. We can also handle everything necessary to produce the show for one all-inclusive price so there are no surprises. Simply fill out an entertainment request form and a booking agent will contact you to discuss the possibility of booking entertainment for your wedding.

Aaron Carter was born in 1987 in Tampa, Florida. Aaron grew up influenced by his older brother, Nick Carter, who was a member of the Backstreet Boys, one of the era’s most successful “boy bands.” It was no surprise then, when Aaron began performing at the age of seven, while his brother was enjoying the most successful period the Backstreet Boys experienced during their career.

Aaron Carter released his self-titled debut album in 1997, and shortly thereafter he began touring as an opening act for the Backstreet Boys. His album was a moderate success, but even more successful was Aaron’s Party (Come Get It), released in 2000. On the strength of the song “I Want Candy,” Aaron’s Party rose to platinum status and spawned the additional hits: “Aaron’s Party,” “That’s How I Beat Shaq,” and “Bounce.” As a fledgling and rising star, Aaron Carter experienced the same support from Disney and Nickelodeon that Nick Carter and the Backstreet Boys had, and it wasn’t long before he was appearing on such Disney television shows as Lizzie McGuire.

Aaron Carter released two more albums, Oh Aaron (2001) and Another Earthquake (2002), but spent the next decade focusing on other endeavors in the entertainment industry. Aaron appeared in competition on the show Dancing with the Stars, and also in his own reality show, House of Carters, which aired on the E! network and featured his five siblings all living in the same house. Carter also appeared in the Broadway play the Fantasticks.

Most recently, Aaron Carter returned to the stage for a short Canadian tour which featured some new music. Carter is expected to release a new album in 2015; the new single “Ooh Wee” was released in late 2014.