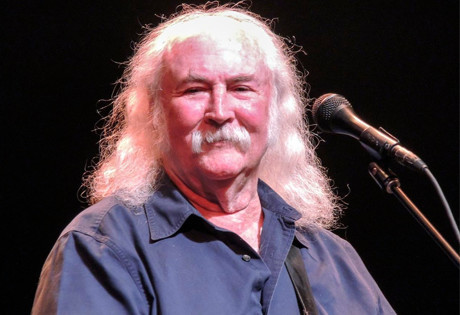 WeddingEntertainment.com makes it easy and trouble-free to check availability and pricing for booking David Crosby or any act in the business for your wedding. If we don't book an act for you, our service is free. For over 26 years we have booked and produced thousands of events for our clients worldwide. We can also handle everything necessary to produce the show for one all-inclusive price so there are no surprises. Simply fill out an entertainment request form and a booking agent will contact you to discuss the possibility of booking entertainment for your wedding.

Iconic American singer-songwriter David Crosby was born in 1941 in Los Angeles, California. Crosby’s father is an Academy Award-winning director of photography and so David grew up in a household where the arts were celebrated and encouraged. In high school, Crosby appeared in a number of school plays and initially attended Santa Barbara City College to study drama. Around the same time however, he found himself inspired by musicians such as Bob Dylan, and so he instead switched his focus to music.

Crosby joined the band the Byrds in the 1960’s, rising to become a prolific songwriter during his time with the band; in fact, he is credited with his creative contributions to a number of hits for the band, including the 1966 hit “Eight Miles High” and “Hey Joe.” But friction with fellow band members began to increase and within a few years, he’d left the band to form Crosby, Stills, and Nash alongside Graham Nash and Stephen Stills. The trio came together just in time to perform at Woodstock, only their second live performance as a group.

In 1969, the trio released their debut album, Crosby, Stills & Nash, and it rose to the top of the charts. Within a short time, Neil Young was added to the group, making Crosby, Stills, Nash, & Young a quartet and recording the album Deju Vu, which made the group a household name and one synonymous with the counterculture movement. The band gave the era such hits as: “Almost Cut My Hair,” “Shadow Captain,” “In My Dreams,” and “Wooden Ships.”

In 1971, Crosby released, If I Could Only Remember My Name, his debut solo album, with the support of his fellow band mates and also members of the Grateful Dead, Santana, and Jefferson Airplane. In the 1990’s, he released the additional solo albums Oh Yes I Can and Thousand Roads, but spent much of his time collaborating with various other musicians on a number of projects. In the new millennium, he published his autobiography, Long Time Gone: The Autobiography of David Crosby (2005), and then also Since Then: How I Survived Everything and Lived to Tell About It (2007.)

David Crosby is today considered one of the era’s most influential musicians and an emblematic figure for 1960’s counterculture. He has been inducted into the Rock and roll Hall of Fame for both his work with Crosby, Stills, and Nash, and also for his work with the Byrds. Crosby recently resurfaced with his first solo album in over two decades; Croz arrived in 2014, followed by Lighthouse in 2016. Lighthouse was accompanied by an eighteen-date solo tour.