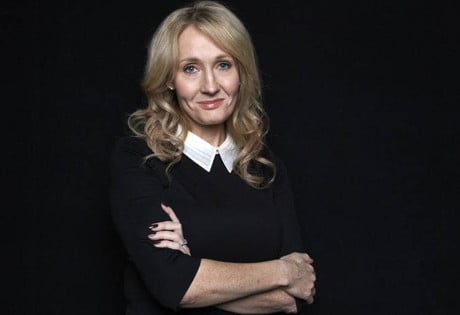 Look no further than WeddingEntertainment.com! We make it easy and stress-free to check availability and pricing for booking J.K. Rowling or any other act in the business. With over 26 years of experience in the industry, we have booked and produced thousands of events for clients worldwide.

The creator of the magical world of Harry Potter, J.K. Rowling, became a household name in the late 1990’s. An instant phenomenon, Harry Potter and the Sorcerer’s Stone went on to launch one of the most lucrative and beloved book series of all time, influencing readers young and old throughout the globe.

But long before this achievement, Joanne Rowling grew up writing fantasy stories, which she would often share with her younger sister. An exceptional academic student, Rowling took A-levels in English, French, and German, and went on to pursue her B.A. in French and Classics at the University of Exeter. After graduating in 1986, J.K. Rowling went on to work briefly for Amnesty International in London, before a series of challenging events led to the writing of Harry Potter and the Sorcerer’s Stone.

Within a seven-year time period, Rowling suffered the loss of her mother, birth of her first child, and divorce from her first husband, which ultimately led to a period in which she was dependent upon public assistance to survive. During this time, she crafted the first book in the Harry Potter series, channeling much of her feelings of loss and isolation into Harry’s experience. The resulting manuscript was completed in 1995 on an old-fashioned manual typewriter, and almost immediately garnered an offer for representation from the Christopher Little Literary Agency. However, the book was actually rejected by twelve publishing companies before being accepted by Bloomsbury, largely thanks to the enthusiastic response to the first chapter by one of the agents eight-year old daughter. J.K. Rowling was told to keep her hopes reasonable, and that while the book would be published, she likely would not make much money from it.

Four hundred million copies and nearly two hundred and fifty million dollars in sales later, J.K. Rowling is one of the most successful authors in history. The Harry Potter series ultimately went on to spin six sequels of books, all of which were turned into films in which Rowling served as producer and retained creative control. Since finishing the series with Harry Potter and the Deathly Hallows, Rowling has gone on to write four books geared toward adult readers – The Casual Vacancy (2012); The Cuckoo’s Calling (2013), The Silkworm (2014), and Career of Evil (2015.)

When she’s not writing, J.K. Rowling is very active in a number of philanthropic endeavors, including her own Volant Charitable Trust, which seeks to eradicate social inequality and poverty. She is also an avid supporter of research for multiple sclerosis, from which her mother suffered. Other charities she supports include Lumos (Children’s High Level Group), One parent Families, and Comic Relief, to name a few.