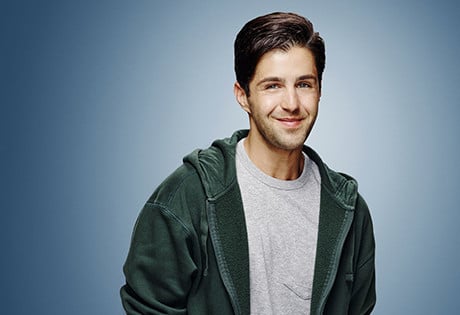 WeddingEntertainment.com makes it easy and trouble-free to check availability and pricing for booking Josh Peck or any act in the business for your wedding. If we don't book an act for you, our service is free. For over 26 years we have booked and produced thousands of events for our clients worldwide. We can also handle everything necessary to produce the show for one all-inclusive price so there are no surprises. Simply fill out an entertainment request form and a booking agent will contact you to discuss the possibility of booking entertainment for your wedding.

Josh Michael Peck is mainly known for his amazing role as Josh on the Nickelodeon sitcom, “ Drake & Josh.” He is thirty years old now and has branched out from acting to be a director and a stand up comedian. Peck started his acting career when he was just a child appearing on other shows like The Amanda Show as well. After he grew out of that phase, Peck began to star in movies like Drillbit Taylor and Red Dawn. Today, Peck is the voice actor for Casey Jones, a Teenage Mutant Ninja Turtle.

To start, Peck was performing at small comedy clubs for charities to get his name out there. He performed at Caroline’s Comedy Club and shortly after was offered a spot on The Amanda Show. It was then that Peck and his mother moved to Los Angeles, California. Josh Peck appeared in his first film, Snow Day, in 2000 and stayed with The Amanda Show till 2002. In 2004, Drake & Josh became a hit show and Peck was known nationwide. Drake & Josh aired on television for a number of seasons; Josh Peck and Drake Bell made a dynamic duo with their witty personalities and constant scheming. After the show had ended, Peck and Bell made a TV movie called Drake & Josh Go Hollywood along with a sequel, Drake & Josh: Really Big Shrimp.

Josh Peck had really grown from his role on Drake & Josh and had stolen the hearts of his fans. In 2008, Peck won a Kids Choice Award for Favorite Male TV Star on Drake & Josh.

After all of their successes, the duo returned back to the set and recorded another TV film, Merry Christmas Drake & Josh in 2008. Peck also starred in other movies such as The Wackness, American Primitive, Safety Glass and Ice Age: Dawn of the Dinosaurs. With these movies, Peck expanded his horizons even more and landed a cameo appearance on another Nickelodeon show, Victorious with Victoria Justice.

As recently as 2015, Peck has had a lead role in the new series Grandfathered with the ever so popular John Stamos. It was this sitcom that Peck was nominated for another People’s Choice Award.

Something about Josh Peck that his fans always kept an eye on was his weight. After a few years in the show business, it was noticeable that Peck had lost a lot of weight and was looking healthier than ever. Peck made a statement to the public that he wanted to be happier and healthier. He realized kids were looking up to him and he wanted to be the best role model possible. However, Peck does make a statement that it should not matter how you look. This was a really important aspect of his career and Peck stands by eating healthy today.