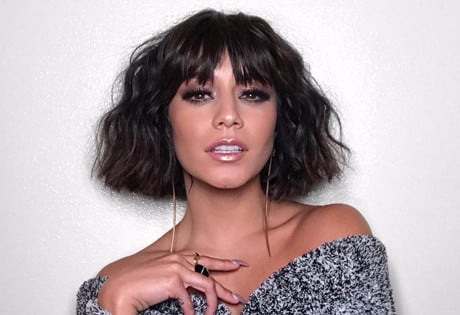 WeddingEntertainment.com makes it easy and trouble-free to check availability and pricing for booking Vanessa Hudgens or any act in the business for your wedding. If we don't book an act for you, our service is free. For over 26 years we have booked and produced thousands of events for our clients worldwide. We can also handle everything necessary to produce the show for one all-inclusive price so there are no surprises. Simply fill out an entertainment request form and a booking agent will contact you to discuss the possibility of booking entertainment for your wedding.

The American actress Vanessa Hudgens was born in 1988 in Salinas, California, into a musical family; all of her grandparents on both sides of the family had worked as musicians, and so it was no surprise that Vanessa would begin performing in musical theater when she was still in elementary school. After spending some time appearing in local productions of such theater classics as Cinderella, Music Man, The King and I, and Carousel, she began to audition for roles in commercials and on television.


Hudgens’s first major role was on the series Still Standing in 2002. A year later, she was offered a supporting role in the critically acclaimed drama Thirteen, but her biggest breakthrough would come two years later when she was offered the role of Gabriella Montez in High School Musical, a television movie set to air on the Disney Channel. Vanessa’s performance both as an actor and singer brought her critical accolades, and her duet with Zac Efron, “Breaking Free,” rose into the top of the mainstream charts, setting a course for Hudgens’s career as a singer.


Vanessa Hudgens continues to perform both as an actor and singer. She most recently appeared on stage at the Hollywood Bowl in the role of Mimi Marquez in the play Rent, and in 2015 she performed in the title role of the play Gigi on Broadway.