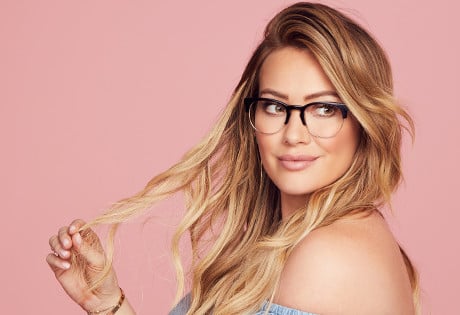 Look no further than WeddingEntertainment.com! We make it easy and stress-free to check availability and pricing for booking Hilary Duff or any other act in the business. With over 26 years of experience in the industry, we have booked and produced thousands of events for clients worldwide.

American actress and singer Hilary Duff was born in 1987 in Houston, Texas. Young Hilary was encouraged by her parents to pursue her interests in dance, music, and acting when she was young; after a number of local theater productions, Duff switched to a homeschool program to allow her more freedom to pursue her aspirations. Her siblings followed suit, and for most of her childhood, Hilary Duff enjoyed small roles on television and in film.

Hilary’s television debut was in an un-credited role on the 1997 television series True Women, followed by a small role on Chicago Hope in 1999. She made her film debut in Casper Meets Wendy in 1998, but her biggest breakthrough came when in 2001 she was offered the role of Lizzie McGuire in the Disney series of the same name. Duff remained on the series in its lead role through the series conclusion in 2004, during which time she also appeared in the series’ film adaptations. Between 2002 and 2004 she also appeared in Human Nature (2002), Agent Cody Banks (2003), Cheaper by the Dozen (2003), and A Cinderella Story (2004.)

During her years on Lizzie McGuire, Hilary Duff also launched an equally successful career as a singer, releasing her debut album, Santa Claus Lane, in 2002. The album was only moderately successful, but Duff’s sophomore effort, Metaphorphosis, was a smash success, rising to the number one spot on the mainstream charts and spawning the hit single, “So Yesterday.” Duff’s next album, Hilary Duff (2004), was also successful upon its release, giving Hilary the top forty hits “Come Clean” and “Wake Up.”

After leaving Lizzie McGuire, Hilary Duff’s career continued to rise and she successfully transcndended her “Lizzie McGuire,” character. Between 2006 and 2012, Duff appeared in the films: Material Girl (2006), War, Inc. (2008), According to Greta (2009), and She Wants Me (2012.) In 2015, she debuted in the role of Kelsey Peters on the television series Younger, and in 2010, she published her first non-fiction novel, Elixir. The book became the first in a three-part series, with Devoted (2011) and True (2013) following.

Today, Hilary Duff continues to act, record, and produce. Her latest album, Breathe In. Breathe Out., was released in 2015. Her next film role will be in the role of Sharon Tate, in The Haunting of Sharon Tate, expected for release in late 2018.