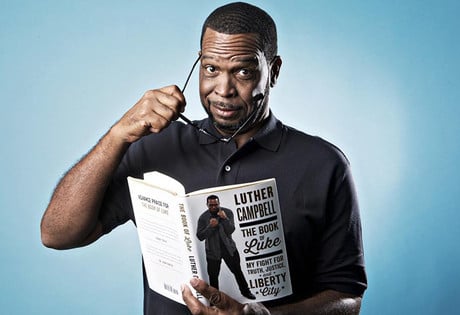 Look no further than WeddingEntertainment.com! We make it easy and stress-free to check availability and pricing for booking Luther Campbell or any other act in the business. With over 26 years of experience in the industry, we have booked and produced thousands of events for clients worldwide.

Luther Campbell was born in 1960 in Miami, Florida. Long before he became known as a southern rap artist, Luther began perfecting his art while still a teenager, until joining 2 Live Crew in 1985 shortly after the group released their smash hit debut, “Revelation,” and relocated to Campbell’s hometown of Miami.

Campbell quickly became not only a member of the band, but also its manager and eventually its lead vocalist. The group’s debut album, The 2 Live Crew Is What We Are, arrived in the following year and featured some of the group’s biggest (and most controversial) hits to date. As Nasty as They Wanna Be followed in 1989, selling more than two million copies and reaching into the mainstream charts, despite receiving Parental Advisory warnings and garnering a tremendous amount of controversy for its content. Luther Campbell remained with 2 Live Crew until 1991, at which time he launched a solo career.

As a solo artist, Luther Campbell has released the albums The Luke LP (1990), I Got Shit on My Mind (1992), In the Nude (1993), Freak for Life (1994), Uncle Luke (1996), Changin’ the Game (1997), Somethin’ Nasty (2001), and My Life & Freaky Times (2006.) Although Luther has been rather quiet on the music front for the last decade or so, he is still very much in the public eye. Campbell is active in the local sports community in Miami and ran for mayor of the city in 2011, bringing in more than ten percent of the votes. He also has his own production company and collaborates in other business endeavors and music projects.