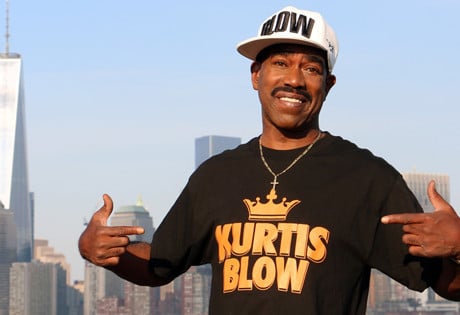 WeddingEntertainment.com makes it easy and trouble-free to check availability and pricing for booking Kurtis Blow or any act in the business for your wedding. If we don't book an act for you, our service is free. For over 26 years we have booked and produced thousands of events for our clients worldwide. We can also handle everything necessary to produce the show for one all-inclusive price so there are no surprises. Simply fill out an entertainment request form and a booking agent will contact you to discuss the possibility of booking entertainment for your wedding.

By the early 1990’s, Blow had turned his attention to production, and he created a number of hits for other artists, including Run DMC, Wyclef Jean, The Fat Boys, Russell Simmons, and Full Force, to name a few. He has also contributed music to a number of films, including Krush Groove and Cry of the City. His historic contributions to the burgeoning genre of rap at its earliest start have left to his near iconic status in popular culture. Kurtis Blow has been referenced in music by such notable artists as Ice Cube, They Might be Giants, Faithless, 2Pac, and Jay-Z; on the sitcoms Everybody Hates Chris and Martin; and in the film Notorious.

In addition to his work in music, Kurtis Blow is an ordained minister and teaches ministry classes, having founded the Hip Hop Church in the new millennium.  He has also been an outspoken critic on innumerous issues of race and racism, contributing to the Artists Against Apartheid movement and working alongside Al Sharpton for his Action Network.