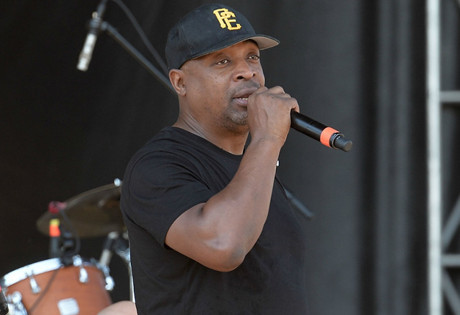 Look no further than WeddingEntertainment.com! We make it easy and stress-free to check availability and pricing for booking Chuck D or any other act in the business. With over 26 years of experience in the industry, we have booked and produced thousands of events for clients worldwide.

The rapper and producer known as Chuck D was born Carlton Ridenhour in 1960 in Queens, New York. Long before he became famous as the lead singer for Public Enemy, Chuck D originally studied graphic design in college. But a lifelong love of rap caused him to record a demo tape in the 1980’s, and the demo caught the attention of Def Jam Records, changing Chuck D’s life course almost instantly.

With Public Enemy, Chuck D released the albums Yo! Bum Rush the Show (1987), It Takes a Nation of Millions to  Hold Us Back (1988), Fear of a Black Planet (1990), Apocalypse 91… The Enemy Strikes Back (1991), Greatest Misses (1992), and Muse Sick-n-Hour Mess Age (1994.) By the late 1990’s, Chuck D had moved on to other endeavors, however, collaborating with a number of artists on other projects, including John Mellencamp, Rage Against the Machine, Kool Moe Dee, and Ice Cube. Chuck D also launched a file sharing site for the hip hop community, known as rapstation.com, and composed the theme song to the television series Dark Angel, alongside his MC Lyte.

Chuck D is also a politically active member of his community, vocally supporting peer-to-peer music sharing and fighting to raise awareness about conflict diamonds, even narrating the documentary short Bling: Consequences and Repercussions. Chuck D serves on the board of the TransAfrica Forum, fighting for social issues in the Caribbean and throughout Africa, and contributed to the CD collection Let Freedom Sing: The Music of the Civil Rights.

Chuck D continues to perform, record, and collaborate with other musicians. He recently provided vocals for “Fight the Power” alongside the Dillinger Escape Plan and collaborated with Meat Loaf for the album Hell in a Handbasket.