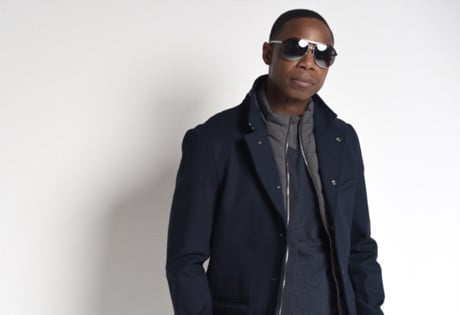 WeddingEntertainment.com makes it easy and trouble-free to check availability and pricing for booking Doug E Fresh or any act in the business for your wedding. If we don't book an act for you, our service is free. For over 26 years we have booked and produced thousands of events for our clients worldwide. We can also handle everything necessary to produce the show for one all-inclusive price so there are no surprises. Simply fill out an entertainment request form and a booking agent will contact you to discuss the possibility of booking entertainment for your wedding.

Doug E. Fresh was born Douglas E. Davis in 1966. His career began when he and fellow musician Slick Rick created the Get Fresh Crew and signed with the new Danya/Reality Records to release the single “The Show.” Fresh’s talents in the area of beat boxing, particularly his uncanny ability to imitate a variety of beats and special effects using only his throat, mouth, and lips, helped to bring him not only success but also a level of notoriety. “The Show” went on to become one of the most successful early hip-hop singles, as did the follow up, “La-Di-Da-Di.”

Doug E. Fresh and the Get Fresh Crew went on to release Oh, My God! (1986) and The World’s Greatest Entertainer (1988), featuring the singles “All the Way to Heaven” and “Keep Risin’ to the Top.” By the early 1990’s, Doug E. Fresh had forged out on his own, switching to Bust It Records and releasing Doin’ What I Gotta Do, but the album achieved only moderate success and he switched to Island Records immediately after. Fresh found greater success with the new label, releasing the album Play in 1995. Since that time, Doug E. Fresh has contributed to a number of collaborations, including “You’ll Never Know” (with Sharon Brown, 2005) and “Virgo” (with Nas and Ludacris, 2005.)

Fresh is still best known for the dance move the “Dougie,” which has enjoyed a resurgence in popular culture thanks to the Cali Swag District’s song, “Teach Me How to Dougie,” released in 2010. Doug E. Fresh continues to perform and record, and in addition to his performance at the 2007 American Idols season finale, he most recently taught none other than CNN’s Wolf Blitzer “how to Dougie” live at the Soul train Awards in 2010.