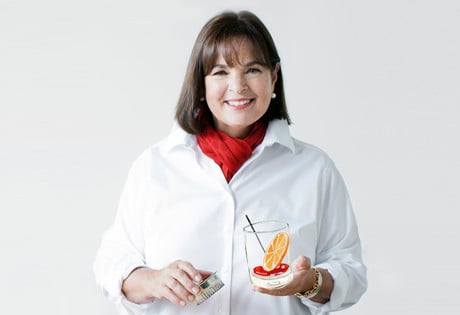 WeddingEntertainment.com makes it easy and trouble-free to check availability and pricing for booking Ina Garten or any act in the business for your wedding. If we don't book an act for you, our service is free. For over 26 years we have booked and produced thousands of events for our clients worldwide. We can also handle everything necessary to produce the show for one all-inclusive price so there are no surprises. Simply fill out an entertainment request form and a booking agent will contact you to discuss the possibility of booking entertainment for your wedding.

American chef, author, and television host Ina Garten may today be best known as the “Barefoot Contessa,” but long before she rose to prominence in the culinary world, Garten grew up in Brooklyn, New York. As a child, Ina’s early interests in the kitchen were actually discouraged by her mother, who wanted her daughter to focus on academics. After marrying in the late 1960’s, Garten married and moved with her husband to the Fort Bragg military base in North Carolina, where he was serving in the military.

While at Fort Bragg, Ina began to experiment in the kitchen, teaching herself culinary skills through the use of various cookbooks. A trip to France a few years later solidified her love of the culinary world; her experience with fresh produce stands, open-air markets, and the legendary foodie culture of France inspired her greatly. After returning to the United States, the couple settled in Washignton, D.C., where both Ina and her husband began work for the government.

In the late 1970’s, Ina opened her own specialty gourmet store, Barefoot Contessa, in the Westhampton Beach area of New York. She eventually moved the store to East Hampton, into a much larger area, and her store quickly became known for its unique delicacies, including imported cheeses and dishes such as lobster Cobb salad. Over the next two decades, the shop became a landmark boasting raving fans such as Steven Speilberg, and Garten began to publish her own cookbooks.

Her first endeavor, The Barefoot Contessa Cookbook, became a bestseller. Since then, Ina Garten has published nearly a dozen additional cookbooks, earning two James Beard Awards and rising to sell more than six million copies total. The success of her publications led to an offer from the Food Network in 2002, to host her own program, and Barefoot Contessa was born later that same year and since that time, Barefoot Contessa has grown to become one of the network’s most popular shows. The show has earned Garten two Daytime Emmy Award nominations and led to the spin-off show, Barefoot Contessa at Home.

Although the original Barefoot Contessa shop in the Hamptons closed in 2004, today Ina Garten is able to bring her culinary expertise to millions through her television programs and cookbooks. Garten now also has own own line of pre-packaged food products, such as preserves, mixes, marinades and sauces.