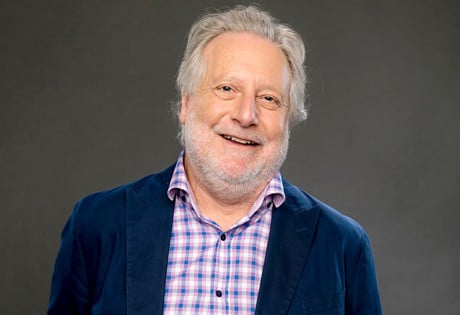 WeddingEntertainment.com makes it easy and trouble-free to check availability and pricing for booking Jonathan Waxman or any act in the business for your wedding. If we don't book an act for you, our service is free. For over 26 years we have booked and produced thousands of events for our clients worldwide. We can also handle everything necessary to produce the show for one all-inclusive price so there are no surprises. Simply fill out an entertainment request form and a booking agent will contact you to discuss the possibility of booking entertainment for your wedding.

Chef Jonathan Waxman was born in 1950 in Berkeley, California. Before he became one of the pioneers of the California cuisine movement, Jonathan initially had aspirations for a career in music as a trombone player. After completing his studies at the University of Nevada at Reno, Waxman performed in a number of bands at casinos in the area, before leaving the United States to study the culinary arts in France.

After studying at La Varenne, Waxman returned to his native California and began serving as the chef for Chez Panisse, before he and Michael McCarty partnered to open Michael’s in Santa Monica in 1979. The restaurant quickly became known for its ideal location, nestled in an ancient mansion right near the beach, but the establishment’s unique flavors also quickly became part of a groundbreaking cuisine which focused on local ingredients.

As a result, Waxman and his partner, Michael McCarty, are often crediting with  sparking a “local ingredient” movement that eventually spread nationwide. Five years later, Jonathan opened Jams in New York, and the restaurant was an even bigger success, making Jonathan Waxman a celebrity. Within a few years of Jams’ opening, Esquire magazine named Jonathan Waxman as one of the era’s most influential Americans.

Since that time, Jonathan has gone on to open Barbuto in New York and publish the cookbook Italian, My Way. The cookbook features Italian cooking that has been heavily influenced by California cuisine, and has enjoyed rave reviews and strong sales.

Most recently, Jonathan Waxman competed on Bravo’s Top Chef: Masters, earning fourth place in the competition. Still considered to be among the nation’s most influential chefs, Waxman continues to write, appear on various food-related shows, and craft culinary delights for his restaurant’s patrons.