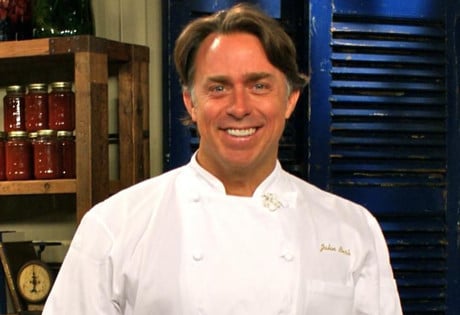 WeddingEntertainment.com makes it easy and trouble-free to check availability and pricing for booking John Besh or any act in the business for your wedding. If we don't book an act for you, our service is free. For over 26 years we have booked and produced thousands of events for our clients worldwide. We can also handle everything necessary to produce the show for one all-inclusive price so there are no surprises. Simply fill out an entertainment request form and a booking agent will contact you to discuss the possibility of booking entertainment for your wedding.

The chef and TV personality John Besh was born in Meridian, Mississippi. Besh grew up in the southern area of Louisiana, developing a love of the local cuisine as a child. After graduating from the Culinary Institute in 1992, Besh went on to establish a number of highly successful and well-regarded restaurants in the New Orleans area, including August, Luke, Besh Steak (at Harrah’s New Orleans Casino), Borgne (at the Hyatt Regency), and La Provence, in Lacombe.

In recent years, John Besh has become known for his appearances on such shows as Iron Chef America, Food Network Challenge, The Next Iron Chef, Top Chef, and even on the hit HBO series Treme, in the seventh episode of the first season. As an increasingly recognizable figure in the culinary world, Besh has helped to bring New Orleans cuisine to the forefront, and has even been recognized with a number of awards in recognition of his success in revitalizing the city’s culinary heritage.

In addition to appearances on television and his work in his various restaurants, John Besh has also established a number of foundations and award programs to further support his goal of bolstering the study of the culinary arts. In addition to his own Josh Besh Foundation, Besh co-founded a scholarship for up and coming chefs, Chefs Move!, and he set up a loan program for New Orleans farmers and businesses to help them rebuild.