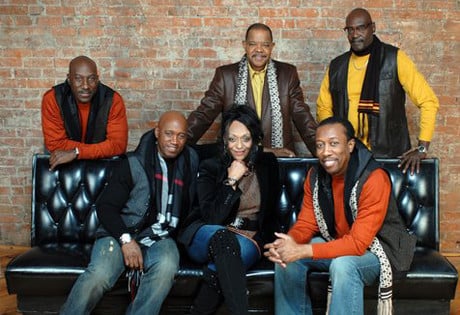 WeddingEntertainment.com makes it easy and trouble-free to check availability and pricing for booking Midnight Star or any act in the business for your wedding. If we don't book an act for you, our service is free. For over 26 years we have booked and produced thousands of events for our clients worldwide. We can also handle everything necessary to produce the show for one all-inclusive price so there are no surprises. Simply fill out an entertainment request form and a booking agent will contact you to discuss the possibility of booking entertainment for your wedding.

The American band Midnight Star was established in 1976 and rose to fame in the 1980’s, with a string of R&B hits. The group was started by founding members Jeff Cooper, Bo Watson, Bill Simmons, Kenneth Gant, Melvin Gentry, Belinda Lipscomb, and Reggie Calloway, while all were students attending Kentucky State University.

Midnight Star released their debut album, The Beginning, in 1980. The album didn’t chart or garner any hits for the band, and so Midnight Star returned to the studio to record Standing Together (1981), which fared a bit better. But the group’s big breakthrough cam with their fourth album, No Parking on the Dance Floor, which reached into the mainstream top forty and into the number two spot on the R&B charts after its release in 1983. The album spawned the hits: “Freak-A-Zoid,” “Wet My Whistle,” and the title track, and brought Midnight Star to the forefront of R&B for the era.

Midnight star has not released any new material since 2002, but the band does continue to tour and perform occasionally. The original lineup has remained mostly intact throughout the years.