Kool and the Gang

Kool and the Gang 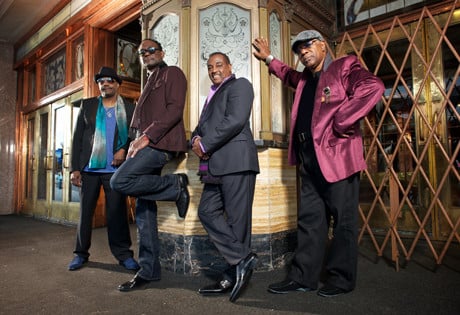 Looking to book Kool and the Gang entertainment for a wedding anywhere worldwide?

WeddingEntertainment.com makes it easy and trouble-free to check availability and pricing for booking Kool and the Gang or any act in the business for your wedding. If we don't book an act for you, our service is free. For over 26 years we have booked and produced thousands of events for our clients worldwide. We can also handle everything necessary to produce the show for one all-inclusive price so there are no surprises. Simply fill out an entertainment request form and a booking agent will contact you to discuss the possibility of booking entertainment for your wedding.

Kool and the Gang FAQs

Kool and the Gang Biography

Kool and the Gang Biography

"Celebration," Kool & the Gang's most iconic hit, has become a wedding and party favorite since it hit the airwaves decades ago. Throughout the 1970's and 1980's, Kool & the Gang reigned as one of the most successful funk bands in American music, and their popularity continues today.

Initially called Jazziacs, then Soul Town Band, Kool & the Gang began playing clubs in New York's Greenwich Village at their start. An error which led to their billing as Kool & the Flames eventually lead to the name Kool & the Gang, just in time for them to release their debut album with De-Lite Records.

The first three singles from Kool & the Gang found their way to the charts, and two live albums, Live at the Sex Machine and Live at PJ's, would follow in 1971. Studio albums released in 1972 and 1973, and Wild and Peaceful, Kool & the Gang's sixth studio album, brought them their first Top Ten hit with "Funky Stuff." "Jungle Boogie" and "Hollywood Swinging" followed.

"Open Sesame," featured in the Saturday Night Fever soundtrack, brought Kool & the Gang a Grammy award, and by 1979 the band had added Earl Toon, Jr. and James "JT" Taylor as vocalist. JT would eventually go on to become the recognizable "face" of Kool & the Gang. Ladies Night became the band's biggest hit, and would be the first of three platinum albums. "Ladies Night" and "Too Hot" rocketed to the charts, and Celebrate! Followed in 1980, with the iconic "Celebration." In the following years, "Get Down on It" and "Take My Heart (You can Have it if You Want it)" would also become hits.

"Joanna" and "Cherish" brought Kool & the Gang more hits in 1984, and in 1985 "Fresh" and "Mislead" also hit the charts. The band continued to enjoy gold and platinum records until 1986, until JT left the band to pursue a solo career.

But Kool & the Gang continues on, even though some of the original members have left or sadly passed on. Clifford Adams, Larry Gittens, Michael Ray, and Curtis Williams are among the remaining originals who still perform with the band today.

Many of Kool & the Gang's hits have appeared in films and been sampled by other performers. "Jungle Boogie" appeared in Pulp Fiction, and "Hollywood Swinging" was sampled by DJ Kool for his "Let Me Clear My Throat." "Summer Madness," from Light of the Worlds was sampled by DJ Jazzy Jeff & the Fresh Price for the 1991 single "Summertime," and also featured in the film Rocky from 1976. "N.T." was sampled by a variety of performers, most notably by Jermaine Dupri with Snoop Doggy Dogg in "We Just Wanna Party with You," from Men in Black in 1997.

Kool & the Gang continues to tour and perform. Over the last few years, Kool & the Gang has performed in venues around the world, including Jerusalem in 2010, England in 2011, for the Tonight Show in 2012, and for the Capital Fourth celebration in 2012.