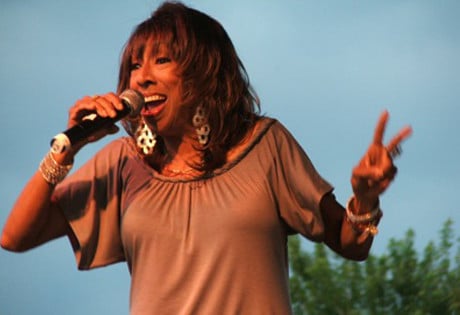 WeddingEntertainment.com makes it easy and trouble-free to check availability and pricing for booking Jean Carne or any act in the business for your wedding. If we don't book an act for you, our service is free. For over 26 years we have booked and produced thousands of events for our clients worldwide. We can also handle everything necessary to produce the show for one all-inclusive price so there are no surprises. Simply fill out an entertainment request form and a booking agent will contact you to discuss the possibility of booking entertainment for your wedding.

The American jazz and pop singer Jean Carne was born in 1947 in Atlanta, Georgia. As a child, Jean sang in the local church choir and while still in elementary school, she began to study a variety of instruments, including the bassoon, the clarinet, and the piano. After graduating from high school, Carne attended Morris Brown College to further her studies in music, but she left university to instead begin serving as the featured vocalist in a jazz fusion band, founded by her husband, Doug Carn.

Jean and Doug relocated to Los Angeles and released a number of early albums, garnering some acclaim and establishing a fan base. During this time, Jean Carne sang for a number of other recording artists, including Earth, Wind and Fire, for whom she provided vocals on their first two albums. Eventually, Carne garnered the attention of Philadelphia International Records and signed with the label for her own solo recording deal. The debut album, Jean Carn, arrived in 1977 and spawned the R&B hit “Free Love.”

Jean Carne is known for her five octave vocal range and impressive depth of expression, which has landed her collaborative work with some of the era’s most significant artists, including: Leon Huff, The Temptations, and Dizzy Gillespie. In addition, Carne’s song “Was That All It Was” appeared in the 2008 film Precious, and her song “Completeness” was recently sampled by rapper Currensy in the hit song, “The Business.”