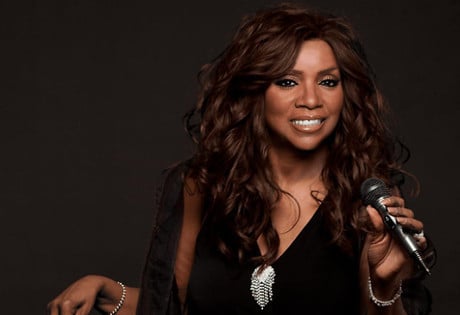 WeddingEntertainment.com makes it easy and trouble-free to check availability and pricing for booking Gloria Gaynor or any act in the business for your wedding. If we don't book an act for you, our service is free. For over 26 years we have booked and produced thousands of events for our clients worldwide. We can also handle everything necessary to produce the show for one all-inclusive price so there are no surprises. Simply fill out an entertainment request form and a booking agent will contact you to discuss the possibility of booking entertainment for your wedding.

With "I Will Survive" nearly an anthem to an entire generation and beyond, Gloria Gaynor's voice still evokes inspiration, power, and beauty to millions around the globe.

Born in Newark, New Jersey, Gloria Gaynor spent much of her childhood with her grandmother, and music was an ever-constant presence in the house. The voices of Nat "King" Cole and Sarah Vaughan filled the family living room, and her father sang professionally in local nightclubs. Her brothers sang gospel, and Gloria became a member of her school choir, chorus, and glee club. Although Gloria Gaynor recalls an impoverished childhood, she also recalls one rich with the sounds of music.

Gloria Gaynor's career began with "Never Can Say Goodbye," which landed at number one on the charts in 1973. The new disco sound, growing ever more popular, helped to boost the single to success, finally reaching the status of the first number one dance song in the country.

It would be nearly three decades later, in 2001, when Gloria Gaynor would return with I Wish You Love, and the hit "Just Keep Thinkin' About You," landed her at the number on spot on the dance/club charts. "Last Night" also found a home at number one in Europe, and "I Never Knew" was an equal success.

But the iconic "I Will Survive" was recognized by VH1 as the number on Top Dance Record of all time, and Gloria Gaynor was inducted into the Dance Music Hall of Fame in 2005.

Remixes of "I Will Survive" throughout the 1990's and the new millennium help to keep the single highly recognizable, and new versions recorded by Lonnie Gordon, Chantav Savage, Cake, and Diana Ross keep the single in constant circulation on the airwaves.

Today, Gloria Gaynor continues to tour the country, performing "I Will Survive" for dozens of television shows and public performances.