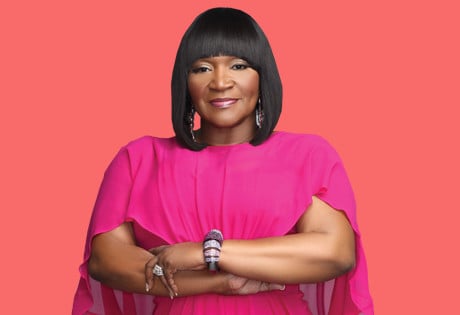 WeddingEntertainment.com makes it easy and trouble-free to check availability and pricing for booking Ann Nesby or any act in the business for your wedding. If we don't book an act for you, our service is free. For over 26 years we have booked and produced thousands of events for our clients worldwide. We can also handle everything necessary to produce the show for one all-inclusive price so there are no surprises. Simply fill out an entertainment request form and a booking agent will contact you to discuss the possibility of booking entertainment for your wedding.

The American gospel and R&B singer Ann Nesby rose to fame in the early 1990’s as part of the group Sounds of Blackness. The group won multiple Grammys in the earlier part of the decade and gave audiences the hits “The Pressure,” “Soul Holiday,” “Optimistic,” and “I Believe.” Nesby released her own debut solo album, I’m Here For You,” in 1996, launching her own career as a singer and actress.

I’m Here For You was followed by her first gig as an actress, in Tyler Perry’s theatrical production I Know I’ve Been Changed. For a number of years, Ann Nesby balanced an acting career and her singing career, releasing the additional albums: Love Is What We Need: The Essentials (2001), Put It on Paper (2002), Make Me Better (2003), In the Spirit (2006), This is Love (2007), and The Lula Lee Project (2009.) Nesby also appeared in the film The Fighting Temptations and contributed to the soundtrack, which was released in 2003.

Ann Nesby has been recognized with multiple Grammy nominations, including Best R&B Performance by a Duo or Group with Vocals and Best Traditional R&B Vocal Performance. Most recently, Ann Nesby received a nomination for her album This is Love, and for the single “I Apologize,” which appears on the album. Ann Nesby continues to perform and act, and has a number of projects on the horizon for the coming years.