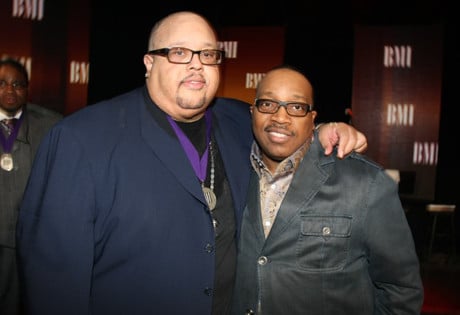 Looking to book Commissioned entertainment for a wedding anywhere worldwide?

WeddingEntertainment.com makes it easy and trouble-free to check availability and pricing for booking Commissioned or any act in the business for your wedding. If we don't book an act for you, our service is free. For over 26 years we have booked and produced thousands of events for our clients worldwide. We can also handle everything necessary to produce the show for one all-inclusive price so there are no surprises. Simply fill out an entertainment request form and a booking agent will contact you to discuss the possibility of booking entertainment for your wedding.

The gospel group known as Commissioned was established in the mid 1980’s by founding members Michael Williams, Michael Brooks, Karl Reid, Keith Staten, Mitchell Jones, and Fred Hammond. Commissioned burst onto the scene with the debut album, I’m Going On, released in 1985, and immediately put the group on the gospel music map as one of the era’s most talented acts.

For the next seventeen years, Commissioned gave gospel music a series of successful albums, including: On the Winning Side (1987), Ordinary Just Won’t Do (1989), State of Mind (1990), Matters of the Heart (1994), and Time and Seasons (1999.) Nearly all of the group’s albums have charted at the top of the Top Gospel Albums and Top Contemporary Christian Albums, and Matters of the Heart also charted on the Top R&B/Hip-Hop Albums.

Commissioned has been nominated for multiple Grammy Awards and Stellar Awards, for: Best Pop Gospel Album, Best Contemporary Soul Gospel Album, Contemporary Group/Duo of the Year, and Producer of the Year. The group released The Commissioned Reunion Live, the group’s final album, in 2002. The album release was preceded by a performance featuring most of the group’s original members, held at the Straightgate Church in Detroit, Michigan.

After releasing the album, Commissioned performed live at the 2002 Stellar Awards, which to date is the their last performance together. Individual members of Commissioned have gone on to enjoy solo careers and participate in other projects since that time.