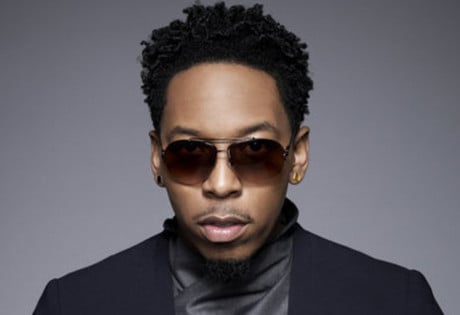 WeddingEntertainment.com makes it easy and trouble-free to check availability and pricing for booking Deitrick Haddon or any act in the business for your wedding. If we don't book an act for you, our service is free. For over 26 years we have booked and produced thousands of events for our clients worldwide. We can also handle everything necessary to produce the show for one all-inclusive price so there are no surprises. Simply fill out an entertainment request form and a booking agent will contact you to discuss the possibility of booking entertainment for your wedding.

The music producer, singer, and actor Deitrick Vaughn Haddon was born in 1973 and grew up in Detroit, Michigan. Although Haddon has been well-known in the last decade as a solo gospel performer, he recently gained greater recognition for his role on the reality television show Preachers of L.A., which debuted in 2013.

Haddon arrived on the gospel scene with the album Come Into This House, recorded with Voices of Unity, in 1995. Although the album brought him some critical acclaim, it did not reach into the charts, and it would be another two albums before Deitrick’s breakthrough, This is My Story, which rose into the top forty on the gospel charts in the United States. The success of This is My Story was eclipsed by the smash hit album Lost and Found, which arrived in 2002 and rose to the number five position on the gospel charts, firmly establishing Haddon as one of the era’s most notable gospel performers.

Since Lost and Found, Deitrick Haddon has enjoyed a string of number one gospel albums, including: Crossroads (2004), Church on the Moon (2011), Restoring Everything Damaged (2013), and Deitrick Haddon’s League of Xtraordinary Worshippers (2014.) Notable singles from Haddon include: “God Is Good,” “God Didn’t Give Up,” “Heaven Knows,” “Love Him Like I Do,” “Have Your Way,” and “Great God.”

Currently, Deitrick Haddon appears on the Oxygen network’s reality show Preachers of L.A., which follows the lives of six preachers in the Los Angeles, California area. He also continues to perform and record.