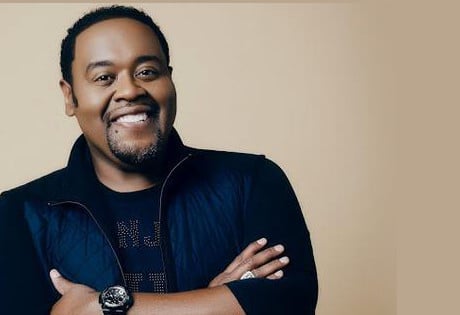 WeddingEntertainment.com makes it easy and trouble-free to check availability and pricing for booking Darwin Hobbs or any act in the business for your wedding. If we don't book an act for you, our service is free. For over 26 years we have booked and produced thousands of events for our clients worldwide. We can also handle everything necessary to produce the show for one all-inclusive price so there are no surprises. Simply fill out an entertainment request form and a booking agent will contact you to discuss the possibility of booking entertainment for your wedding.

Darwin Hobbs has risen to fame in the last decade as one of America’s most talented gospel singers, providing vocals which bring comparisons to Luther Vandross. Alongside the Darwin Hobbs Choir, Hobbs’ voice can be heard on a number of albums for notable artists, including: Michael McDonald, Michael W. Smith, CeCe Winans, Jars of Clay, and Switchfoot.

In recent years, Darwin Hobbs has become equally well-known for his online blog, Break the Silence, which inspires others to achieve using Hobbs’ faith and perspective. Currently, Darwin is back in the studio preparing for his next album release, set for the next year.