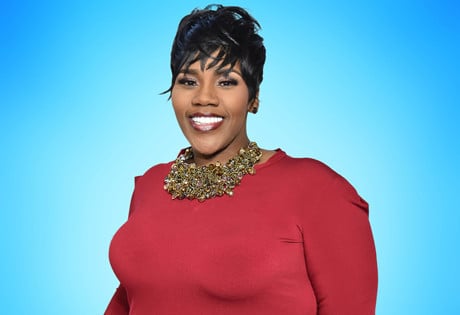 WeddingEntertainment.com makes it easy and trouble-free to check availability and pricing for booking Kelly Price or any act in the business for your wedding. If we don't book an act for you, our service is free. For over 26 years we have booked and produced thousands of events for our clients worldwide. We can also handle everything necessary to produce the show for one all-inclusive price so there are no surprises. Simply fill out an entertainment request form and a booking agent will contact you to discuss the possibility of booking entertainment for your wedding.

The R&B singer and songwriter Kelly Price was born in 1973 in Queens, New York. Young Kelly’s interest in music began when she was still a toddler, singing in her local church choir, and by the time she was a teenager, she’d garnered the attention of Sony Columbia, which gave Kelly her earliest gigs as a backup singer and guest vocalist.

Some of Price’s earliest appearances include providing vocals on such songs as “Fantasy” (for Mariah Carey); “Mo Money Mo Problems” (for Notorious B.I.G); and “Heartbreak Hotel” (for Whitney Houston.) But by the late 1990’s, Kelly earned her first contract as a recording artists in her own right, with Island Records. The label released her debut album, Soul of a Woman, which featured the hit singles “Friend of Mine,” in 1998. The album performed extremely well, and paved the way for a career which has since lasted well into the new millennium.

Since that time, Kelly Price has released the albums: Mirror Mirror (2000), Priceless (2003), This Is Who I Am (2006), and Kelly (2011.) The albums spawned the top forty R&B hits “Secret Love,” “As We Lay,” “Love Sets You Free,” “You Should’ve Told Me,” “God’s Gift,” and “Not My Daddy.” Price’s music has earned her seven Grammy Award nominations so far, in categories such as Best R&B Album, Best R&B Song, and Best Female R&B Performance. Kelly Price has also won a Soul Train Award for Favorite R&B/Soul or Rap New Artist, in 1999.

In addition to her work in music, Kelly Price is an outspoken activist on the subject of breast cancer research, since her mother herself is a survivor of the disease. Price continues to perform and record as well; her most recent album, Sing Pray Love, Vol 1, featuring the top forty single “It’s My Time,” was just released in 2014.