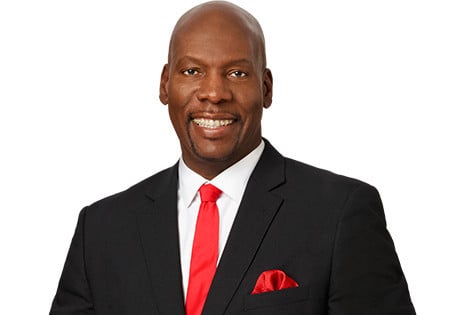 WeddingEntertainment.com makes it easy and trouble-free to check availability and pricing for booking Ben Tankard or any act in the business for your wedding. If we don't book an act for you, our service is free. For over 26 years we have booked and produced thousands of events for our clients worldwide. We can also handle everything necessary to produce the show for one all-inclusive price so there are no surprises. Simply fill out an entertainment request form and a booking agent will contact you to discuss the possibility of booking entertainment for your wedding.

The producer, singer, and songwriter Ben Tankard was born in 1964. Tankard’s original rise to fame was as a professional basketball player, but following his athletic career he turned to gospel and R&B and found great success with a number of solo albums, earning him multiple Grammy nominations and twelve Stellar Awards.

Known now as the “ Quincy Jones of Gospel,” Ben Tankard released his debut, All Keyed Up, in 1989. Over a dozen award-winning albums have followed, including: Keys to Life (1991), Play Me In Your Key (with Yolanda Adams, 1994), Git Yo Prayze On (1997), The Minstrel (1999), Song of Solomon (2001), Best of Ben (2002), Let’s Get Quiet (2007), Full Tank (2012), and Thicker Than Water – the Church Picnic (2013.) Tankard has also collaborated with some of the industry’s most notable artists, including Gerald Albright, Kelly Price, Take 6, and Shirley Murdock. His awards include Dove Awards for Instrumental Album of the Year, Contemporary Gospel/Urban Album of the Year, and Contemporary Gospel/Urban Song of the Year.

In addition to his achievements in music, Ben Tankard is also the author of two major works – “Faith It ‘til You Make It” (released 2012), and “The Full Tank Life” (scheduled for release in the fall of 2014.) Ben Tankard can be seen on the Bravo reality show Thicker than Water: The Tankards, which began its run in 2013.  Tankard recently returned to the studio to prepare for his next album, Full Tank Vol. 2, scheduled for release in late 2014 or early 2015.