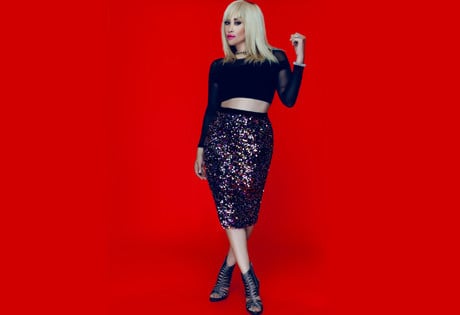 WeddingEntertainment.com makes it easy and trouble-free to check availability and pricing for booking Keke Wyatt or any act in the business for your wedding. If we don't book an act for you, our service is free. For over 26 years we have booked and produced thousands of events for our clients worldwide. We can also handle everything necessary to produce the show for one all-inclusive price so there are no surprises. Simply fill out an entertainment request form and a booking agent will contact you to discuss the possibility of booking entertainment for your wedding.

The R&B recording artist Keke Wyatt was born Ketara Shavon Wyatt in 1982 in Indianapolis. Young Keke grew up in a household with many musical influences; her parents were gospel musicians and other members of the family were hip-hop and R&B performers and writers. By the time Keke was only five, she’d already given her first live performance, and at the age of ten she recorded her first song, “What If,” which appeared on a compilation album of gospel music.

As a teenager, Keke Wyatt began honing her songwriting skills, and at fifteen, she gained some exposure after recording “My First Love,” a collaboration with Avant. A follow-up duet with Avant, “Nothing in This World,” rose to the top of the chart, just in time for her solo debut, Soul Sista. The album rose into the top five on the charts and reached platinum status, firmly establishing Keke Wyatt as an R&B superstar. Although it would be nearly a decade before her next album release, largely due to changes in her recording contracts and other industry-related issues, Keke Wyatt returned to the scene in 2010 with the album Who Knew?

Who Knew? was followed by Unbelievable (2011) and the EP Ke-Ke (2014.) The albums spawned the additional singles “Who Knew,” “Saturday Love” (featuring Ruben Studdard), and “Fall in Love.” In addition to her collaborations with Avant, Keke Wyatt also appeared on the Blackalicious song “It’s Going Down,” which was featured in the feature film Brown Sugar in 2001. Two other songs, “If You Only Knew” and “Your Precious Love,” also appeared in the filmes Two Can Play That Game and Barbershop 2.

Currently, Keke Wyatt is preparing for her next album release, scheduled for 2015. She continues to perform, record, and collaborate with other artists on a variety of projects.