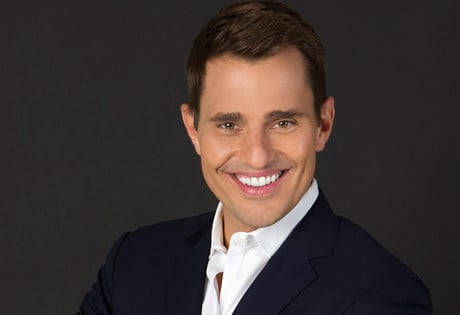 WeddingEntertainment.com makes it easy and trouble-free to check availability and pricing for booking Bill Rancic or any act in the business for your wedding. If we don't book an act for you, our service is free. For over 26 years we have booked and produced thousands of events for our clients worldwide. We can also handle everything necessary to produce the show for one all-inclusive price so there are no surprises. Simply fill out an entertainment request form and a booking agent will contact you to discuss the possibility of booking entertainment for your wedding.

American entrepreneur Bill Rancic was born in 1971 in a Chicago suburbs, and grew up in the Orland Park area of the city. After graduating from Loyola University Chicago, Rancic worked in a variety of business industries before auditioning for the first season of Donald Trump’s reality competition, The Apprentice. Rancic ultimately went on to win the competition, and the first reality television star to endure the interview and hiring process on national television.

Rancic’s first work for Trump consisted of overseeing the construction of Chicago’s Trump Tower. He then went on to manage one of Trump’s golf courses in California to finish out his one-year employment contract as Trump’s “apprentice.” Ultimately, at the end of the year, Rancic decided to remain with the Trump Organization, although he did embark on a number of other business ventures outside of the organization.

In addition to his work for Trump, Bill Rancic has hosted the television show In the Loop with iVillage; hosted the A&E reality show We Mean Business; and founded his own production company through which he produces a number of news programs. Rancic has also authored three nonfiction books (You’re Hired: How to Succeed in Business and Life from the Winner of the Apprentice, 2004; Beyond the Lemonade Stand, 2005; and I Do, Now What? Secrets, Stories, and Advice form a Madly-in-Love couple, 2010.)