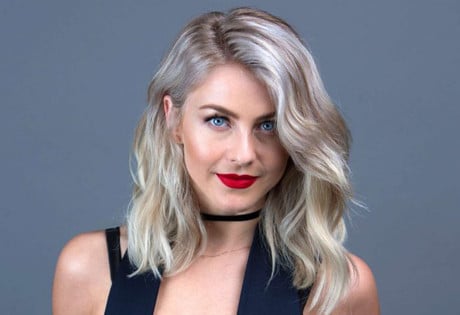 WeddingEntertainment.com makes it easy and trouble-free to check availability and pricing for booking Julianne Hough or any act in the business for your wedding. If we don't book an act for you, our service is free. For over 26 years we have booked and produced thousands of events for our clients worldwide. We can also handle everything necessary to produce the show for one all-inclusive price so there are no surprises. Simply fill out an entertainment request form and a booking agent will contact you to discuss the possibility of booking entertainment for your wedding.

Julianne Hough was born in 1988 in Orem, Utah. Before she fell in love with country music, Hough had aspirations to follow in the footsteps of her grandparents and become a professional dancer. At the young age of nine, Julianne began dancing in competitions and a few years later went on to attend the prestigious Italia Conti Academy of Theater Arts. Eventually, Hough went on to join the cast of Dancing with the Stars as one of the professional dancers, and for most of the new millennium’s first decade, she was known as one of the show’s favorites.

By 2007, Julianne Hough had set her sights on an additional career in music, specifically in country music. She released her debut single, “Will You Dance With Me” in 2007 and signed to Mercury Nashville’s record label. Hough’s self-titled debut album followed in 2008 and debuted at number one on the country charts. The album also brought Julianne Hough significant crossover success, landing at the the top of the Billboard 200. The album garnered Julianne Academy of Country Music Awards for Top New Female Vocalist and Top New Artist in 2009.

In addition to her career as an actor and singer, Julianne Hough has also appeared in a number of films. Although she appeared in uncredited and supporting roles in Harry Potter and the Philosopher’s Stone and Burlesque, Hough landed her first leading role in the remake of Footloose (2011.) Another leading role in Rock of Ages (2012) followed, and since then she has also starred in the film Safe Haven (2012.)

A genuine triple-threat, Julianne Hough’s star as a singer, actor, and dancer is on the rise. She has future plans for her next album release and for future acting roles as well.