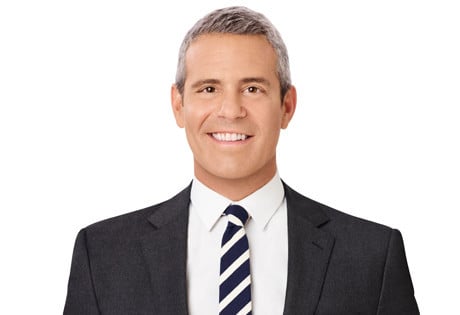 WeddingEntertainment.com makes it easy and trouble-free to check availability and pricing for booking Andy Cohen or any act in the business for your wedding. If we don't book an act for you, our service is free. For over 26 years we have booked and produced thousands of events for our clients worldwide. We can also handle everything necessary to produce the show for one all-inclusive price so there are no surprises. Simply fill out an entertainment request form and a booking agent will contact you to discuss the possibility of booking entertainment for your wedding.

American producer and author Andy Cohen was born in 1968 in Missouri. Today, Cohen is best known as the host of the Bravo series Watch What Happens: Live, but long before he rose to become the first openly gay host of a late-night talk show in the United States, Cohen grew up in the St. Louis area, with initial plans to pursue a career in broadcast journalism.

After graduating from Boston University, Cohen first went to work at CBS News, where he remained for nearly a decade, rising to become producer of the network’s shows The Early Show, CBS This Morning, and 48 Hours. By the turn of the millennium, Andy had started to produce for the Bravo network, earning an Emmy Award for Executive Producer of Outstanding Competitive Reality Series (for Top Chef), and eventually launching his late-night talk show, Watch What Happens: Live. In 2015, Cohen began hosting RadioAndy on the SiriusXM network, and one year later he founded Andy Cohen Books, through which he releases his various publications.

Today, Andy Cohen regularly appears on programs such as Today, Morning Joe, The View, and Live! with Kelly. Alongside Anderson Cooper, Cohen has also toured the nation with the duo’s foundation, AC2, raising hundreds of thousands of dollars for LGBTQ causes. His most recent book, Superficial: More Adventures from the Andy Cohen Diaries, arrived in 2016.