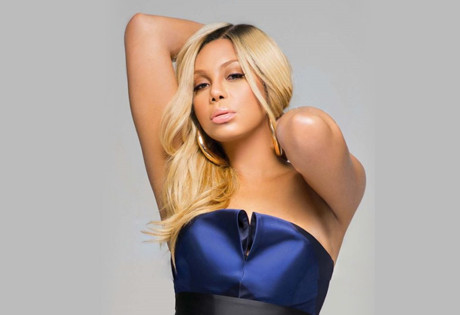 WeddingEntertainment.com makes it easy and trouble-free to check availability and pricing for booking Tamar Braxton or any act in the business for your wedding. If we don't book an act for you, our service is free. For over 26 years we have booked and produced thousands of events for our clients worldwide. We can also handle everything necessary to produce the show for one all-inclusive price so there are no surprises. Simply fill out an entertainment request form and a booking agent will contact you to discuss the possibility of booking entertainment for your wedding.

The singer/songwriter Tamar Braxton was born in 1977 in Severn, Maryland. As the youngest sister of R&B legend Toni Braxton, it’s no surprise that Tamar would follow in her sister’s footsteps. But in recent years, Tamar has established herself as a talented artist in her own right, but not without significant challenges.

Tamar initially burst onto the music scene with her family in 1992 as a member of the Braxtons, but launched an attempted solo career in 2000 with the release of her self-titled debut. Initially, Tamar’s album did not perform as well as expected, and she returned to collaborative work and in 2012, she began her regular appearance on the show Braxton Family Values, alongside her siblings.

The show revitalized an interest in Tamar as an artist, and she signed a recording contract with Epic Records to begin anew as a solo artist.
In 2013, Tamar once again released her solo album, Love and War, featuring the singles “All the Way Home,” “The One,” and “Love ad War.” Far more successful than her previous attempt, the album has brought Tamar the success which reflects her talents.

In recent years, Tamar Braxton has also launched her own television series, Tamar &  Vince, centering around her own family with her husband and children. Braxton recently collaborated with Robin Thicke on his song “For the Rest of My Life,” and released the album Winter Loversland in 2013. Tamar also currently serves as one of the hosts of the Fox network show The Real, alongside Tamera Mowry, Adrienne Bailon, and Jeannie Mai.

Get Started Ask a Question