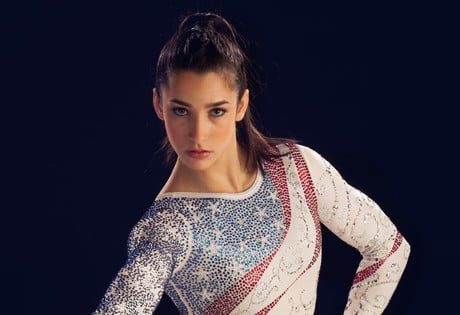 WeddingEntertainment.com makes it easy and trouble-free to check availability and pricing for booking Aly Raisman or any act in the business for your wedding. If we don't book an act for you, our service is free. For over 26 years we have booked and produced thousands of events for our clients worldwide. We can also handle everything necessary to produce the show for one all-inclusive price so there are no surprises. Simply fill out an entertainment request form and a booking agent will contact you to discuss the possibility of booking entertainment for your wedding.

Two-time Olympic gymnast Aly Raisman was born in 1994 in Needham, Massachusetts. Today, Raisman is best known as one of the “fierce five” of the U.S. women’s Olympic gymnastic team, the team that captured America’s hearts in 2012 in London. But long before she rose to become one of the most recognizable figures in the sport, Aly fell in love with gymnastics at first through her mother, who herself was a high school gymnast.

And so it was little surprise that Aly’s mom gave her plenty of opportunity to experiment with the sport, starting when she was just a toddler. By the time she was in her mid-teens, she had already placed at events such as the American Classic in San Diego; the U.S. Classic In Des Moines; the National Championships in Dallas; and the Junior Pan American Championships in Aracaju, Brazil. The two years before the 2012 Olympics saw Raisman complete globally, bringing the American team to a gold medal at the Pacific Rim Championships in Melbourne and rising to become team captain at the 2011 World Artistic Gymnastics Championships in Tokyo, Japan.

By late 2011, Aly had decided to relinquish her college scholarship and instead pursue a career as a professional athlete. In the months leading up to the Olympics, Raisman competed at dozens of worldwide competitions, placing second and third in nearly all of them. Her experience during this time was documented in the Comcast SportsNet film Aly Raisman: Quest for Gold. At the Olympics in 2012, Aly won gold and bronze medals, becoming the most decorated American gymnast at the competition that year. She returned for the 2016 Olympics, and alongside teammate Gabby Douglas became one of the only Americans to win back-to-back team gold medals in any sport.

Most recently, Aly appeared on Dancing With the Stars as a contestant for the show’s sixteenth season. Performing with two-time champion Mark Ballas, Aly finished the competition in fourth place.