Kurt Vile and the Violators

Kurt Vile and the Violators 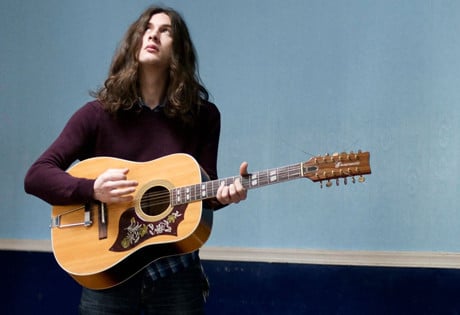 Looking to book Kurt Vile and the Violators entertainment for a wedding anywhere worldwide?

Look no further than WeddingEntertainment.com! We make it easy and stress-free to check availability and pricing for booking Kurt Vile and the Violators or any other act in the business. With over 26 years of experience in the industry, we have booked and produced thousands of events for clients worldwide.

Kurt Vile and the Violators FAQs

Kurt Vile and the Violators Biography

Kurt Vile and the Violators Biography

The American singer and producer Kurt Vile was born in 1980 in Philadelphia. As a teenager, Kurt learned to play the banjo, and he started to write his own music. By the time he was seventeen, Kurt had produced his first tape, recording most of the material in a home studio, but shortly after the turn of the new millennium, he teamed up with fellow musician Adam Granduciel to established the indie rock band The War on Drugs.

With The War on Drugs, Kurt Vile released the debut album Wagonwheel Blues (2008) and the follow-up album Slave Ambient (2011), and the duo enjoyed some success. But Vile had always wanted to pursue a solo career, and so after signing with Gulcher Records as a solo artist, he released the album Constant Hitmaker.

Constant Hitmaker didn’t chart, but set the stage for the additional albums: God Is Saying This to You (2009), Childish Prodigy (2009), and Smoke Ring for My Halo (2011.) But it was the 2013 album, Walkin on a Pretty Daze, that finally became Kurt Vile’s big breakthrough, rising into the top forty on the US charts and internationally and spawning the number one hit “Pretty Pimpin.”

Since that time, Kurt Vile has also released the album b’lieve I’m goin down (2015), which enjoyed the same level of success as Walkin on a Pretty Daze. Kurt Vile’s solo career is just getting started, and he’s definitely a performer on the rise and one to watch in the coming years. When he’s in the studio and also in live performance, Kurt Vile becomes Kurt Vile and the Violators; his backing band, the Violators, consists of musicians Kyle Spence on drums; Rob Laakso on guitar; and Jesse Trbovich on saxophone.

The War on Drugs Learn More >