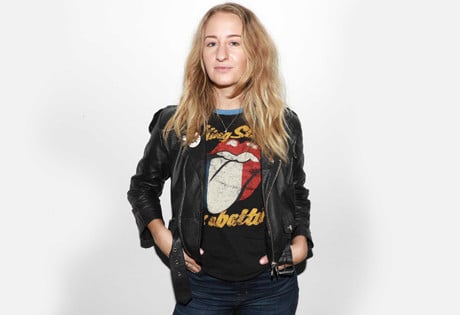 WeddingEntertainment.com makes it easy and trouble-free to check availability and pricing for booking Margo Price or any act in the business for your wedding. If we don't book an act for you, our service is free. For over 26 years we have booked and produced thousands of events for our clients worldwide. We can also handle everything necessary to produce the show for one all-inclusive price so there are no surprises. Simply fill out an entertainment request form and a booking agent will contact you to discuss the possibility of booking entertainment for your wedding.

The American singer-songwriter Margo Price was born in 1983 in Aledo, Illinois. Price grew up singing in her local church choir and after graduation from high school, she went on to enroll as a dance/theater major at Northern Illinois University. Price left the university in her second year, though, to move to Nashville and pursue her dreams of becoming a performer.

While in Nashville, Margo worked a number of odd jobs while writing and recording some her music. She also launched the band Buffalo Clover in partnership with her husband, Jeremy Ivey; the band enjoyed some moderate success, releasing three albums – Pick Your Poison (2010), Low Down Time (2011), and Test Your Love (2013.)

But by 2014, Margo Price had set her sights on a solo career, signing with Third Man Records and preparing for her major label debut. The result, Midwest Farmer’s Daughter, arrived in the spring of 2016 and was an immediate hit, rising into the top ten on the country charts but also charting in the top twenty on the independent charts in the United States. Notable singles from the album include “Hurtin’ (on the Bottle)” and “Hands of Time,” both of which she has performed television programs such as Saturday Night Live, Later… with Jools Holland, and Charlie Rose.