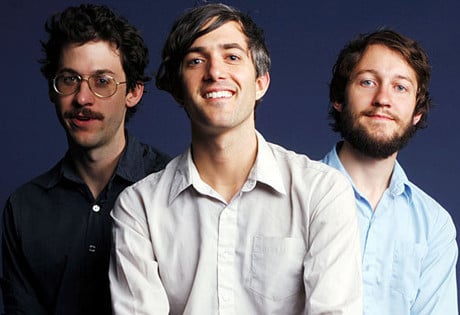 Looking to book We Are Scientists entertainment for a wedding anywhere worldwide?

WeddingEntertainment.com makes it easy and trouble-free to check availability and pricing for booking We Are Scientists or any act in the business for your wedding. If we don't book an act for you, our service is free. For over 26 years we have booked and produced thousands of events for our clients worldwide. We can also handle everything necessary to produce the show for one all-inclusive price so there are no surprises. Simply fill out an entertainment request form and a booking agent will contact you to discuss the possibility of booking entertainment for your wedding.

We Are Scientists FAQs

We Are Scientists Biography

We Are Scientists Biography

The New York based indie rock group We Are Scientists was established in California at the turn of the millennium. Founding members Chris Cain and Keith Murray met in Claremont while attending Pomona College and found common interests in music and art. After adding Michael Tapper to the group, We Are Scientists moved first to Berkeley, California, but then later to Brooklyn, New York, where they settled and began work on their first material.

In 2002, We Are Scientists released their first album—Safety, Fun, and Learning (In That Order)—on their own independent record label. A second EP followed—In Action—and eventually We Are Scientists caught the attention of Virgin Records. After signing with the label, the group released their major label debut, With Love and Squalor, first in the UK, in 2005. A network television debut in the United States followed, with an appearance on the Late Show with David Letterman, and then the release of the album in the United States.

With Love and Squalor rose to the number ten spot on the Heatseekers Charts in the United States, and spawned the singles “Nobody Move, Nobody Get Hurt,” “The Great Escape,” and “It’s a Hit.” Since that time, We Are Scientists has released the additional albums Brain Thrust Mastery (2008), Barbara (2010), and TV en Francais (2014), featuring the UK hits “After Hours,” “Chick Lit,” “Impatience,” “Rules Don’t Stop,” and “Nice Guys.” We Are Scientists has also had their biggest hit, “Nobody Move, Nobody Get Hurt,” featured on a number of television shows such as CSI: NY, The Hills, and How I Met Your Mother. Additional songs have been featured in video games, advertisements, and in the movie Nick and Norah’s Infinite Playlist.

We Are Scientists continues to perform and record as a duo, since Michael Tapper recently left the group. The duo’s latest album, Helter Seltzer, was released in 2016. When Cain and Murray are not performing, they are often producing short television and web series, such as Steve Wants His Money, the seven-episode series which aired on MTV UK.

Panic! at the Disco Learn More >