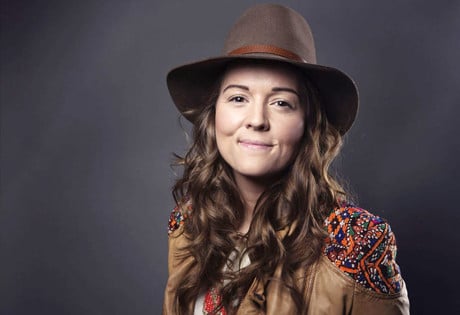 WeddingEntertainment.com makes it easy and trouble-free to check availability and pricing for booking Brandi Carlile or any act in the business for your wedding. If we don't book an act for you, our service is free. For over 26 years we have booked and produced thousands of events for our clients worldwide. We can also handle everything necessary to produce the show for one all-inclusive price so there are no surprises. Simply fill out an entertainment request form and a booking agent will contact you to discuss the possibility of booking entertainment for your wedding.

American folk singer Brandi Carlile was born in 1981 in Ravensdale, Washington. Carlile rose to prominence in 2007 with the release of her debut album, The Story, which was met with critical acclaim. But long before that, Brandi grew up in Washington state, teaching herself how to play piano and guitar and harboring dreams of becoming a performer some day. With the support of her parents, Carlile dropped out of school and moved to Seattle to pursue her dream, performing in clubs alongside her brothers.

Brandi’s talents caught the attention of Columbia Records, which signed the artist in 2004. Her demo consisted almost exclusively of music she’d recorded on her own at home, but Columbia recognized the young woman’s talent; that risk paid of considerably when Brandi Carlile was featured as one of Rolling Stone’s “10 Artists to Watch” in 2005, following the release of her debut album, Brandi Carlile.

Although Brandi Carlile rose to the number one spot on the folk charts, it was the album The Story, which truly put Carlile on the map in the year following. The Story got a big boost when the album’s title song was featured in a series of commercials for General Motors which ran during the 2008 Summer Olympics.

The song was also featured in the film “The Lucky One” in its closing credits, driving the album up into the top forty on the mainstream charts and into the top ten on the rock charts in the United States.

Since that time, Brandi Carlile has released the additional albums Give Up the Ghost (2009); Bear Creek (2012); The Firewatcher’s Daughter (2015); and most recently, Cover Stories (2017.) The Firewatcher’s Daughter earned Brandi her first Grammy Award nomination (for Best Americana Album.) In addition to her musical endeavors, Brandi Carlile also oversees her own charitable foundation, Looking Out Foundation, though which she supports organizations such as the American Diabetes Association and Honor the Earth.