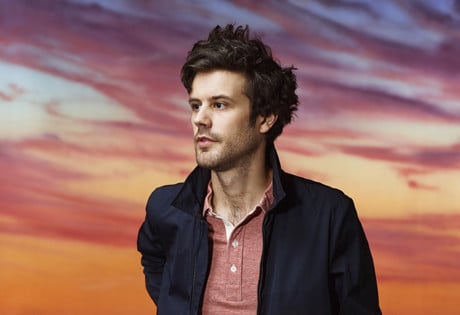 Look no further than WeddingEntertainment.com! We make it easy and stress-free to check availability and pricing for booking Passion Pit or any other act in the business. With over 26 years of experience in the industry, we have booked and produced thousands of events for clients worldwide.

The “indietronica” band Passion Pit was established in Massachusetts in 2007 by founding member Michael Angelakos. Angelakos was born in the late 80’s and became enamored with music quickly as a young child, starting his first “band” when he was still in elementary school. In high school and college, he explored a variety of genres, including ska, opera, show tunes, and indie rock, often writing his own music and setting it immediately to electronic recording.


Today, Angelakos serves as Passion Pit’s sole writer and artist in recordings, but during live performances he is joined by musicians Ray Suen, Giuliano Pizzulo, Aaron Harrison Folb, and Chris Hartz. After releasing a debut EP, Chunk of Change, Passion Pit was named Best New Local Act by the Boston Phoenix for 2008, a fortuitous accolade which would indicate things to come for the band in the next few years. Within a year, Passion Pit had released its debut album, Manners, which charted in the United States on the mainstream charts, rising to the number fifty-one position. But it was the album Gossamer, released in 2012, that brought Passion Pit to mainstream success, rising into the top five on the mainstream charts and reaching the number two position on both the rock and alternative charts.

Since that time, Passion Pit has released the additional albums Kindred (2015) and Tremendous Sea of Love (2017.) Notable singles so far from the group include: “Sleepyhead,” “The Reeling,” “Little Secrets,” “Take a Walk,” “Carried Away,” and “Lifted Up.” The group was also featured on the Madeon dance hit “Pay No Mind.”

In addition to his musical endeavors with Passion Pit, Angelakos has also launched his own philanthropic project, designed to support struggling musicians with proper legal, educational, and healthcare services. Passion Pit is expected to release another album within the coming year, with proceeds going to help raise funds for this endeavor. Personally, Angelakos has struggled with and sought treatment for bipolar disorder, an affliction he was diagnosed with at the age of seventeen. His philanthropic goals are often in alignment with a strong desire to affect positive change for others.