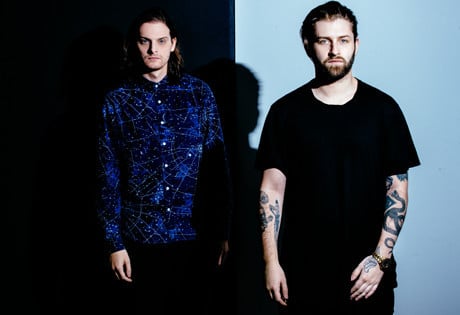 If I hire Zeds Dead to perform at my wedding, how do I integrate booking Zeds Dead into my wedding?
Hiring celebrity entertainment for a wedding is a great way to surprise the guests or even the bride or groom. When we book big name acts like Zeds Dead for weddings, we work closely with the wedding planner beforehand to make sure everything involved with the entertainment integrates seamlessly with the flow of the wedding . Our staff of veteran producers will then be onsite at the wedding to make sure when you book Zeds Dead for your wedding, everything runs smoothy from load in to load out.

The Canadian electronic music duo known as Zeds Dead was established in Toronto in 2004 by musicians Zachary Rapp-Rovan and Dylan Mamid. The two men were introduced by mutual friends and began recording and releasing music in 2006, although it wasn’t until 2012 that Zeds Dead started to make their mark on the electronic and dance music scene.

Zeds Dead released a debut EP, Rudeboy, in 2010, but it was the EP Adrenaline in 2012 that became the duo’s big breakthrough; the album rose into the top twenty on both the dance charts and Heatseekers charts in the United States. Within a year, Zeds Dead was a staple on the international touring circuit, drawing significant crowds across the globe. After Adrenaline, Zeds Dead released the additional EPs: Victor (2012), The Living Dead (2012), Hot Sauce (2013), and Somewhere Else (2014.) In 2015, Zeds Dead was nominated for two Juno Awards, including one for Breakthrough Group of the Year.

The duo released their debut album, Northern Lights, via digital download in 2016, and the album earned them another Juno Award nomination for Dance Recording of the Year. The group won the Canadian Independent Music Award for Electronic/Dance Artist/Group of the Year later in 2017. Clearly Zeds Dead is an electronic duo on the rise and one to watch in the coming years; 2017 will see the group on an extensive international tour before returning to the studio to prepare for future releases.