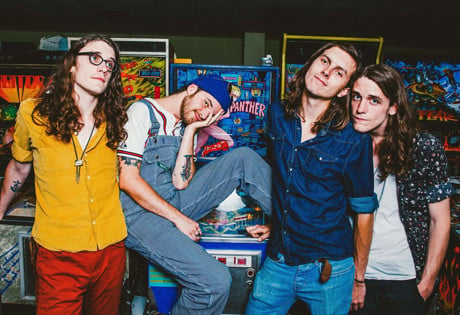 Looking to book The Weeks entertainment for a wedding anywhere worldwide?

Look no further than WeddingEntertainment.com! We make it easy and stress-free to check availability and pricing for booking The Weeks or any other act in the business. With over 26 years of experience in the industry, we have booked and produced thousands of events for clients worldwide.

The indie rock band known as The Weeks was established in 2006 in Mississippi by founding members Samuel Williams, Damien Bone, Cyle Barnes, Chaz Lindsay, and Cain Barnes, when the young musicians were still in high school. The Weeks first released the album Comeback Cadillac (2008), followed by the EP Rumspringa (2009), to some moderate success and positive reviews.

In 2011, The Weeks garnered the attention of the record label Serpents and Snakes (the new record label for the band Kings of Leon.) The album Gutter Gaunt Gangster followed in 2012, and garnered the band some more attention, setting the stage for a series of tours in supporting roles before re-entering the studio to prepare for their sophomore effort, Dear Bo Jackson (2013.)

Today, The Weeks is a four-piece band consisting of Samuel Williams, Cyle Barnes, Cain Barnes, and Damien Bone, on guitar, vocals, drums, and bass, respectively. The Weeks’ recently released a series of previously recorded by unreleased songs from their early days, compiled into the album Lost Days (2016.)

The War on Drugs Learn More >

The Head and the Heart Learn More >