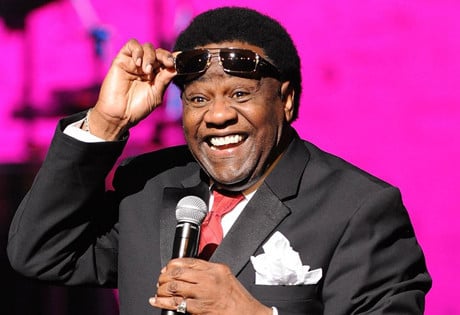 WeddingEntertainment.com makes it easy and trouble-free to check availability and pricing for booking Al Green or any act in the business for your wedding. If we don't book an act for you, our service is free. For over 26 years we have booked and produced thousands of events for our clients worldwide. We can also handle everything necessary to produce the show for one all-inclusive price so there are no surprises. Simply fill out an entertainment request form and a booking agent will contact you to discuss the possibility of booking entertainment for your wedding.

By the young age of sixteen, Al Green had formed his first R&B group, Al Green & the Creations. Al Green would go on to bridge the gap between smooth Philadelphia soul and deep southern soul, becoming one of the most successful performers of the 1970’s and beyond.

Al Green & The Creations, comprised of many of Al Green’s high school friends, were eventually re-named the Soul Mates. “Back Up Train,” one of their first singles, climbed to number five on the charts in 1968, becoming a surprise hit for the band.

Shortly thereafter, Al Green met Willie Mitchell, bandleader and vice president of Hi Records, in 1969. Mitchell signed Al Green to the label almost immediately, and began working with him on his debut album.

Al Green Is Blues (1970) demonstrated Al Green’s talent to its fullest – a signature sound with a sultry groove, string beds, and Al Green’s impressive falsetto. The debut album was critically acclaimed and set the stage for the next album.

Al Green Gets Next to You was released in 1970 and Let’s Stay Together followed in 1972. The former spawned the single "Tired of Being Alone," setting the stage for additional hit singles and bringing the latter to number eight on the charts.

I'm Still in Love With You followed, launching the hits “I’m Still in Love With You,” and “Look What You Done for Me,” bringing the album to number four on the charts. Shortly after, Al Green built American Music, his own studio. Its first album was The Belle Album, another critically acclaimed work. In the 1980’s, Al Green recorded Don’t Look Back, his first soul album since 1978.

Al Green was inducted to the Rock & Roll Hall of Fame in 1995.  In 2004, Al Green sang the duet, "Simply Beautiful" with Queen Latifah on her album The Dana Owens Album, and in 2008, he returned to chart success with his album Lay It Down, which reached number nine on the Billboard chart. It was his most successful album release in thirty-five years.

Most recently, Al Green was recognized as a Kenney Center Honors recipient in 2014. His autobiography, Take Me to the River, was also recently published in 2009. Although he has no plans for extensive tours or additional albums in the coming years, Al Green does continue to perform and record on occasion. He recently launched his own YouTube channel, where fans can stream his live performances and recordings at any time they wish.