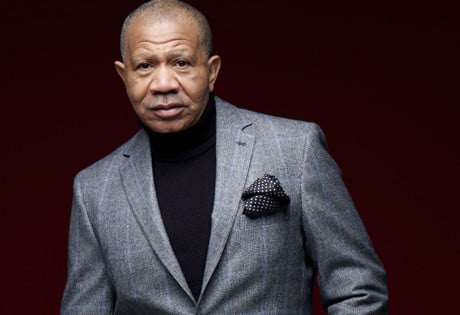 WeddingEntertainment.com makes it easy and trouble-free to check availability and pricing for booking Lenny Williams or any act in the business for your wedding. If we don't book an act for you, our service is free. For over 26 years we have booked and produced thousands of events for our clients worldwide. We can also handle everything necessary to produce the show for one all-inclusive price so there are no surprises. Simply fill out an entertainment request form and a booking agent will contact you to discuss the possibility of booking entertainment for your wedding.

The R&B singer Lenny Williams was born in 1945 in Little Rock, Arkansas, but grew up in Oakland, California. As a child, Lenny learned to play the trumpet and by the time he was a teenager, he was performing with a number of gospel choirs and groups in the San Francisco area. His early experiences put him in touch with a number of notable artists who were already established, including: Tramaine, Billy Preston, and Sly Stone. Williams’s relationship with these musicians would serve him very well later on in his career.

Lenny Williams’s early breakthroughs arose as a result of talent contests, which he won frequently. Eventually he garnered the attention of Fantasy Records, signing with the label in the early 70’s and releasing the songs “Feelin Blue” and “Lisa’s Gone.” In 1972, Lenny joined the funk band Tower of Power, which he remained with for two years. With the Tower of Power, Lenny Williams recorded a number of hits, including: “Luvin You,” “Don’t Change Horses (In the Middle of the Stream),” and “So Very Hard to Go.” While still with Tower of Power, Lenny began to write and record some of his own solo works, ultimately releasing a debut solo album, Pray for the Lion, in 1974.

The album was a hit, and Lenny Williams signed with Motown Records as a solo artist in 1975. Over the next few years, Lenny Williams gave audiences a number of chart-topping hits, including: ‘Midnight Girl,” “Here’s to the Lady,” “Love Hurt Me Love Healed Me,” “You Got Me Running,” and “Choosing You.”  Notable albums from Williams include: Love Current, Let’s Do It Today, Spark of Love, and Choosing You, which became his first album to reach gold status.

Lenny Williams has continued to perform and record throughout the 1980’s, 1990’s, and well into the new millennium. In 1986, he scored a hit with the song “Don’t Make Me Wait for Love,” recorded with Kenny G. for his album Duotones, and in recent years Lenny Williams’s music has been sampled by artists such as Kanye West, Twista, Scarface, Trey Songz, and Jay-Z. Williams continues to tour throughout the world and recently began an acting career, performing on stage in the plays When a Woman’s Fed Up and What Men Don’t Tell.