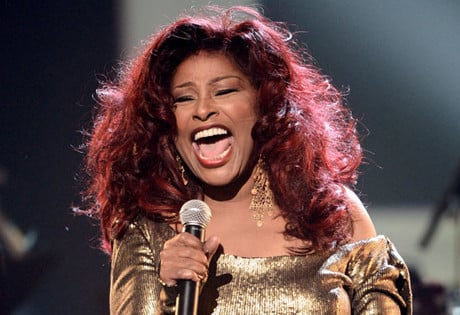 WeddingEntertainment.com makes it easy and trouble-free to check availability and pricing for booking Chaka Khan or any act in the business for your wedding. If we don't book an act for you, our service is free. For over 26 years we have booked and produced thousands of events for our clients worldwide. We can also handle everything necessary to produce the show for one all-inclusive price so there are no surprises. Simply fill out an entertainment request form and a booking agent will contact you to discuss the possibility of booking entertainment for your wedding.

Chaka Khan burst onto the music scene first in the early 1970’s, as the lead singer for the band Rufus. During her tenure with the band, Chaka Khan enjoyed hits with the singles "Sweet Thing," "Tell Me Something Good," "Once You Get Started," "Everlasting Love," "Do You Love What You Feel," and "Ain't Nobody." With Rufus, Chaka Khan earned five gold albums, a platinum album, and two Grammys. Since departing from the band and launching a solo career, Chaka Khan has been an unstoppable artist, releasing nine albums and earning five more Grammys on her own.

After releasing her 1988 album, Chaka Khan moved overseas and entered a period of even greater growth and achievement. She executive-produced The Woman I am, garnering another Grammy win, and received the Diamond Life Award for Excellence from the IAAAM (the International Association of African-American Music (IAAAM). She earned awards for her performance on the London stage in Mama, I Want to Sing in 1995, and in 1998, she joined forces with NPG Records, releasing Come 2 My House.

The album featured a cover of Prince’s “Don’t Talk 2 Strangers,” and following its release Chaka Khan launched a tour with Prince, serving as a co-headliner. ClassiKhan came next in 2004, and then Funk This, considered by many critics to be her “comeback” album, in 2007. Funk This earned a Grammy for Best R&B album and spawned the hit singles “Angel,” “Disrespectful,” “Foolish Fool,” and “Sign o’the Times.” As if that were not enough, in the following year, Chaka Khan returned to the stage, this time in the role of Ms. Sofia in Broadway’s The Color Purple.

Thus far in her career, Chaka Khan has earned multiple Grammys, a star on the Hollywood Walk of Fame, and admittance into the Rock & Roll Hall of fame. Khan continues to record, perform, and tour.