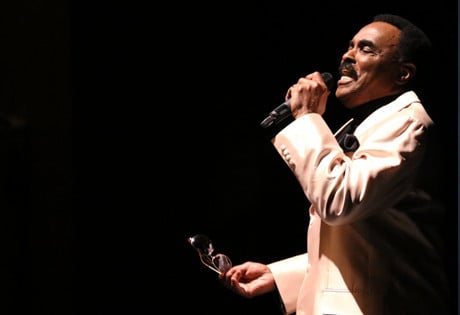 Look no further than WeddingEntertainment.com! We make it easy and stress-free to check availability and pricing for booking Chuck Jackson or any other act in the business. With over 26 years of experience in the industry, we have booked and produced thousands of events for clients worldwide.

The American R&B singer Chuck Jackson was born in 1937 in South Carolina. Jackson grew up in Pittsburgh, and rose to fame initially as a member of the Del-Vikings, a notable late 1950’s group with hits such as "Willette." After departing from the Del-Vikings, Chuck began performing as a solo artist and quickly garnered the attention of Scepter Records in the early 1960’s.

In 1961, Chuck Jackson released the hit single "I Don’t Want to Cry," which landed on both the pop and R&B charts. But his biggest hit, and the song for which is remembered most, is the song "Any Day Now," a re-recording of the Burt Bacharach classic. After a move to Motown Records, Chuck Jackson gave audiences some of memorable hits, including "I Keep Forgettin," "Tell Him I’m Not Home," "I Will Never Turn My Back on You," "Something You Got," "If I Didn’t Love You," "I Need You So," "Hold On, I’m Coming," "Daddy’s Home," "Shame on Me," "Are You Lonely For Me Baby," "Honey Come Back," "I Only Get This Feeling," and "I’m Needing You, Wanting You."

Although he hasn’t released any new material in recent years, Chuck Jackson continues to perform in the new millennium. Jackson is the recipient of the Pioneer Award from the Rhythm and Blues Foundation (awarded in 1992) and was inducted into the Carolina Beach Music Hall of Fame in 2009.