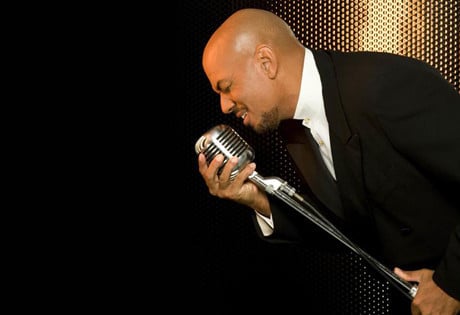 Look no further than WeddingEntertainment.com! We make it easy and stress-free to check availability and pricing for booking James Ingram or any other act in the business. With over 26 years of experience in the industry, we have booked and produced thousands of events for clients worldwide.

The American singer-songwriter James Ingram was born in 1952 in Akron, Ohio. Long before he rose to fame as one of the 1980’s most recognizable collaborative vocalists, contributing to such hits as “Baby Come to Me,” Ingram served as a musician in a number of capacities. He performed as a member of the Los Angeles-based band Revelation Funk, and also served as a keyboard player for the legendary Ray Charles.

James Ingram’s big breakthrough came when he provided the vocals to the songs “Just Once” and “One Hundred Ways” for Quincy Jones’s album The Dude in 1981. The songs earned him multiple Grammy nominations and a win for Best Male R&B Vocal Performance (for “One Hundred Ways.”) Ingram’s debut album, It’s Your Night, followed in 1983 and featured appearances by a number of notable artists, including Natalie Cole and Anita Baker. The album was a hit, paving the way for the additional albums: Never Felt So Good (1986), It’s Real (1989), and Always You (1993.) Notable singles from James Ingram include “Always” and “You Make Me Feel (Like A Natural Man),” but Ingram’s career is best recognized for his duets.

Ingram has provided vocals to some of the 1980’s and 1990’s most memorable duets, including: “Baby, Come to Me” and “How Do You Keep the Music Playing?” (with Patti Austin); “Yah Mo B There” (with Michael McDonald); and “Somewhere Out There” (with Linda Ronstadt.) Many of these songs have been featured in films, such as Best Friends, City Slickers, and An American Tail, the latter of which also earned James Ingram Academy Award and Golden Globe nominations.

Most recently, James Ingram appeared on the television show Suburgatory. Ingram continues to perform and record; his most recent album release, Stand, arrived in 2008 and rose into the top twenty on the R&B charts.