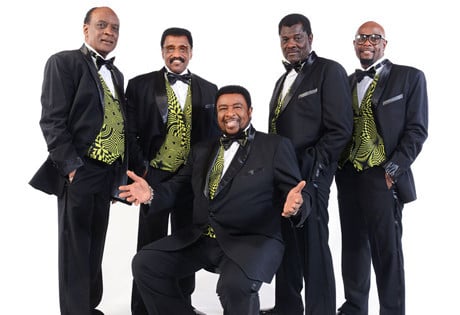 Looking to book The Temptations entertainment for a wedding anywhere worldwide?

Look no further than WeddingEntertainment.com! We make it easy and stress-free to check availability and pricing for booking The Temptations or any other act in the business. With over 26 years of experience in the industry, we have booked and produced thousands of events for clients worldwide.

Eldridge Bryant, Eddie Kendricks, Otis Williams, Paul Williams and Melvin Franklin originally came together as the Temptations when their two separate groups, the Distants and the Primes, merged in the 1960’s. The first seven Temptations singles after signing to Motown in 1961 yielded little success, but in 1964, with the recruitment of David Ruffin and songwriter Smokey Robinson, they found a formula for success.

Robinson wrote most of their hits, including “The Way You Do The Things You Do", the first single to truly feature the Temptations harmonic talents. “My Girl” was the single to establish the Temptations fully, though, when it went to number one on the charts. Within the years following, the Temptations became known for such chart-topping singles as: "I Wish It Would Rain", "Since I Lost My Baby", "You're My Everything,” "I'm Gonna Make You Love Me,” "Get Ready," "Ain't Too Proud To Beg,” "Cloud Nine", "Psychedelic Shack", "Runaway Child, Running Wild,” "Ball Of Confusion,” "I Can't Get Next To You" and "Just My Imagination.”
But the 1972 hit “Papa Was A Rolling Stone" was an incredible triumph for the Temptations and for Motown. Its slow-burning rhythms and urban sound created a memorable piece that solidified the Temptations as an iconic group in the history of American music.

After a series of personal tragedies and losses throughout the 70’, 80’s and 90’s, Otis Williams is now the Temptations sole link to their original members, although the Temptations continue on with a new lineup. The group’s music has proven long-lasting and enduring; their songs have been covered by dozens of other artists, including Bette Midler (“Just My Imagination”), Luther Vandross (“Since I Lost My Baby”), Duran Duran (“Ball of Confusion (That’s What the World Is Today),” the Rolling Stones (“My Girl,” “Aint Too Proud to Beg,” and “Just My Imagination”) and Rod Stewart (“I’m Losing You.”)

The Five Heartbeats, a film about a Motown-like group, was released in 1991 and gave tribute to the Temptations and their story. In 2004, the Temptations were ranked by Rolling Stone on their 100 Greatest Artists of All Time, and recently—in 2013—the group was recognized with the Grammy Lifetime Achievement Award.