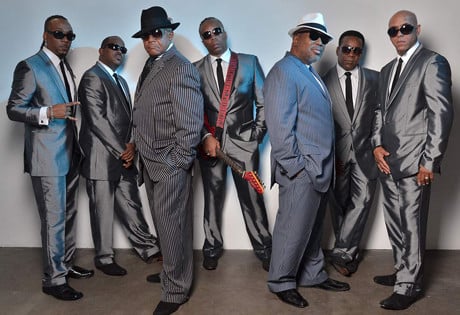 Looking to book BarKays entertainment for a wedding anywhere worldwide?

WeddingEntertainment.com makes it easy and trouble-free to check availability and pricing for booking BarKays or any act in the business for your wedding. If we don't book an act for you, our service is free. For over 26 years we have booked and produced thousands of events for our clients worldwide. We can also handle everything necessary to produce the show for one all-inclusive price so there are no surprises. Simply fill out an entertainment request form and a booking agent will contact you to discuss the possibility of booking entertainment for your wedding.

The American R&B group known as the Bar-Kays was founded in the mid 1960’s in Memphis, Tennessee. Initially, the members of the Bar-Kays were studio session musicians who played for such notable performers as Booker T. Jones and Otis Redding. Eventually, the musicians decided to create their own group, releasing the debut single “Soul Finger” in 1967.

The song rose into the top five on the R&B charts, but shortly thereafter a tragic plane crash took the lives of many of the original group members. The Bar-Kays were regrouped with Ben Cauley, James Alexander, Harvey Henderson, Larry Dodson, Ronnie Gorden, Willie Hall, and Michael Toles. In 1975, the Bar-Kays signed with Mercury Records, and throughout the 1960’s, 1970’s, and 1980’s, the Bar-Kays enjoyed a number of high charting singles, including “Son of Shaft” and “Boogie Body Land.” The song “Soul Finger” has gone on to appear multiple times in a variety of films, including Spies Like Us (1985) and Superbad (2007.)

The Bar-Kays has continued performing and recording into the new millennium. The group’s most recent single, “Grown Folks,” was released in 2012.