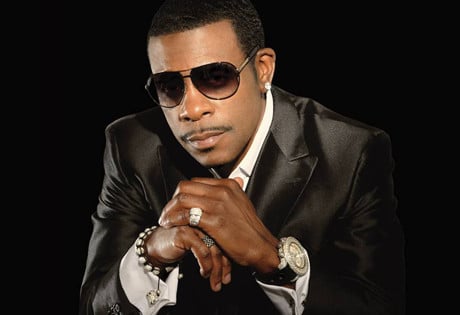 WeddingEntertainment.com makes it easy and trouble-free to check availability and pricing for booking Keith Sweat or any act in the business for your wedding. If we don't book an act for you, our service is free. For over 26 years we have booked and produced thousands of events for our clients worldwide. We can also handle everything necessary to produce the show for one all-inclusive price so there are no surprises. Simply fill out an entertainment request form and a booking agent will contact you to discuss the possibility of booking entertainment for your wedding.

The R&B soul sensation Keith Sweat was born in 1961 in New York. Sweat lost his father at an early age and grew up in a struggling single-parent house, often working odd and small jobs to help the family get by. By the time he was in his twenties, though, he was singing as part of the band Jamilah. After leaving the group, Keith began performing in New York City nightclubs regularly until Elektra Records took notice of his talents and signed him as a solo artist in 1987.

Sweat’s debut album, Make it Last Forever, was released later that same year and was a smash hit, rising to the top of the charts and reaching multi-platinum status. The hit single “I Want Her” earned a Soul Train nomination for Best R&B/Urban Contemporary Song, and the album’s additional singles, including “Make it Last Forever,” all rose to the top of the charts as well. Keith’s sophomore effort, I’ll Give All My Love to You, was equally successful upon its release in 1990, spawning the hit “(There You Go) Tellin’ Me No Again.”

In addition to his own work as an artist, Keith Sweat has become well-known for his production work and his efforts in helping establish the success of other artist and groups. He assisted the groups Silk, Kut Klose, and Ol’ Skool in recording their debuts, and produced a number of tracks for the artists. In 1987, he established LSG alongside Johnny Gill and Gerald Levert, releasing the album Levert.Sweat.Gill, which spawned the hit “My Body.”

Keith Sweat continues to perform, record, and produce, and has plans for another album release in the near future.