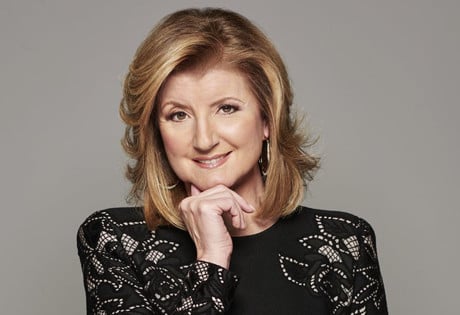 WeddingEntertainment.com makes it easy and trouble-free to check availability and pricing for booking Arianna Huffington or any act in the business for your wedding. If we don't book an act for you, our service is free. For over 26 years we have booked and produced thousands of events for our clients worldwide. We can also handle everything necessary to produce the show for one all-inclusive price so there are no surprises. Simply fill out an entertainment request form and a booking agent will contact you to discuss the possibility of booking entertainment for your wedding.

Greek American author and founder of the Huffington Post, Arianna Huffington, was born in 1950 in Athens, Greece. Arianna moved to the United Kingdom when she was sixteen years old to begin her studies at Girton College in Cambridge, focusing on economics. By the early 1970’s, she had started writing about various subjects, starting with works that criticized and commented on the Women’s Liberation movement. Although controversial, her work was well-received and launched a career that has since spanned more than four decades and let to the foundation of one of the world’s most widely-read publications.

In the United States, Arianna Huffington first became best known in association with her then-husband’s senate bit in 1994. During Michael Huffington’s campaign, she became known as a frequent supporter of a number of conservative causes, and she supported Bob Dole in his 1996 run for president. Huffington remained in alignment with Republican causes through the late 1990’s, but by 2004 she had shifted to supporting John Kerry’s campaign for the presidency, announcing her endorsement on The Daily Show with Jon Stewart. One year later, Arianna founded The Huffington Post alongside co-founders Jonah Peretti, Andrew Breitbart, and Kenneth Lerer.

Since that time, Arianna Huffington has risen to become one of America’s most recognizable writers, commentators, authors, and public figures. By 2009, she was listed in the top twenty most influential women in media by Forbes. Huffington has published fifteen books so far, including the best-sellers Right is Wrong: How the Lunatic Fringe Hijacked America, Shredded the Constitution, and Made Us All Less Safe (2008); Third World America: How Our Politicians Are Abandoning the Middle Class and Betraying the American Dream (2010); and Thrive: The Third Metric to Redefining Success and Creating a Life of Well-Being, Wisdom, and Wonder (2014.)

Arianna Huffington most recently stepped down from her role at the Huffington Post to focus instead on her new endeavor, Thrive Global, which seeks to improve health and wellness for individuals. Her most recent book, The Sleep Revolution: Transforming Your Life, One Night at a Time, was published in 2016.