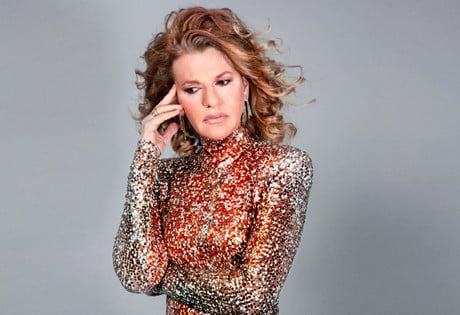 WeddingEntertainment.com makes it easy and trouble-free to check availability and pricing for booking Sandra Bernhard or any act in the business for your wedding. If we don't book an act for you, our service is free. For over 26 years we have booked and produced thousands of events for our clients worldwide. We can also handle everything necessary to produce the show for one all-inclusive price so there are no surprises. Simply fill out an entertainment request form and a booking agent will contact you to discuss the possibility of booking entertainment for your wedding.

The actress and comedian Sandra Bernhard was born in 1955 in Flint, Michigan. Before Bernhard grew up to become one of the eras most well-known comedians, she grew up in Arizona and spent her years after graduation volunteering on a kibbutz in Israel. After her return to the United States, Sandra moved to Los Angeles to pursue a career in comedy, starting with her performances at the Comedy Story.

Sandra’s popularity grew quickly, and in the mid 1980’s she began her one-woman show, I’m Your Woman. The album version of the performance made Bernhard even more recognizable, leading to an off-Broadway production of her second show, Without You I’m Nothing, with You I’m Not Much Better. After the performance became a film adaption and highly successful album, Sandra switched her attention to television.

Throughout the 1990’s, Sandra Bernhard appeared in the role of Nancy Bartlett on the hit television series Roseanne. Bernhard’s performance was breakthrough; as one of the first openly lesbian recurring characters on television, she transformed taboos and stereotypes and became a household name.

Following the conclusion of the show, Sandra Bernhard returned to Broadway for I’m Still Here… Damn It!, and then with Everything Bad & Beautiful, which to date is recognized as her best stand-up show. She has also authored three books: Confessions of a Pretty Lady; May I Kiss You on the Lips, Miss Sandra?; and Love, Love and Love. Most recently, Sandra Bernhard joined the cast of the television show Switched at Birth, appearing on ABC.