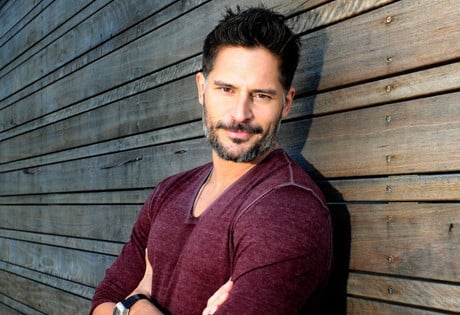 WeddingEntertainment.com makes it easy and trouble-free to check availability and pricing for booking Joe Manganiello or any act in the business for your wedding. If we don't book an act for you, our service is free. For over 26 years we have booked and produced thousands of events for our clients worldwide. We can also handle everything necessary to produce the show for one all-inclusive price so there are no surprises. Simply fill out an entertainment request form and a booking agent will contact you to discuss the possibility of booking entertainment for your wedding.

Joe Manganiello was born in 1976 in Pittsburgh, Pennsylvania. Long before Joe rose to fame in his role as Alcide on the hit HBO series True Blood, he grew up in a suburban environment and initially harbored dreams to become a professional athlete, excelling on his school’s basketball, volleyball, and football teams. But after he accepted a key role in his high school’s production of Oklahoma!, Manganiello’s interest shifted to the stage and screen, and he began to learn the art of filmmaking, both in front of and behind the camera.

Manganiello gained acceptance into Carnegie Mellon’s prestigious school of drama program, performing in dozens of plays while attending he university. After graduating in 2000, he first moved to New York, and then later to Los Angeles, where he very quickly garnered one of his earliest key breakthrough roles, as Flash Thompson in the very first Spider-Man film (2002.) During this time, Joe also appeared in various roles on television, including roles on Jake in Progress, Las Vegas, Scrubs, a number of the CSI series shows, and How I Met Your Mother. He also appeared on One Tree Hill as Owen Morello, local bartender and love interest for Sophia Bush.

But the role which made Joe Manganiello particularly recognizable is his role as Alcide Herveaux on the HBO series True Blood. Manganiello joined the cast in the third season and remained with the show for the duration, earning him a number of awards and recognitions for his performance. Since that time, Joe has also appeared in the films What to Expect When You’re Expecting and Magic Mike.

Joe Maganiello has also published his first book, Evolution, released in 2013. His philanthropic endeavors include working with a number of children’s charities and serving on the board for the Art of Elysium, based on Los Angeles.