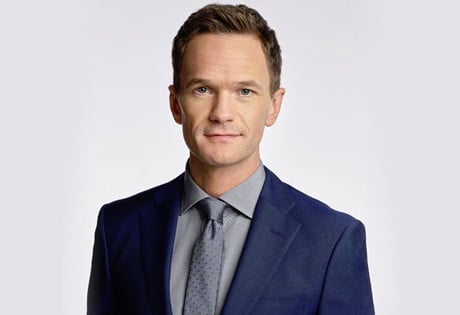 Look no further than WeddingEntertainment.com! We make it easy and stress-free to check availability and pricing for booking Neil Patrick Harris or any other act in the business. With over 26 years of experience in the industry, we have booked and produced thousands of events for clients worldwide.

The actor Neil Patrick Harris was born in 1973 in Albuquerque, New Mexico. Long before Harris rose to fame first as the child actor on the series Doogie Howser, M.D., and then later as the character Barney Stinson on the hit series How I Met Your Mother, he began his career with a role in the movie Clara’s Heart, alongside Whoopi Goldberg, in 1988. Neil’s performance set the stage for what would become a stellar career; he was nominated for a Golden Globe for his performance.

The year after, Neil Patrick Harris was offered the role of Doogie Howser on the series of the same name, which also earned him another Golden Globe nomination. Following Doogie Howser, which concluded after four seasons, Harris appeared in a number of small roles on big screen and small, including: Animal Room (1995), My Antonia (1995), Starship Troopers (1997), The Proposition (1998), The Next Best Thing (2000), and Harold & Kumar Go to White Castle (2004), until in 2005 he landed the role with which he is most frequently associated today, as Barney Stinson, on the series How It Met Your Mother. The series earned Harris Emmy nominations four years in a row, from 2007 to 2010.  Neil Patrick Harris also began to establish himself as one of the stage’s most talented actors during this time as well, appearing on Broadway in such notable plays as: Proof (2002), Cabaret (2003), Assassins (2004.) Harris has also directed a number of plays and otherwise served in roles off the stage itself.

In recent years, Neil Patrick Harris has become a media presence known not only for his exceptional talent as a comedic actor, but as a public figure who serves as a role model for the LGBT community, earning him a spot on Time magazine’s list of 100 most influential people of 2010. In addition, Harris has become a favorite host for the Tony Awards, appearing in this Emmy-award winning role for the ceremonies in 2009, 2011, 2012, and 2013. In addition to the Emmy, Neil Patrick Harris has also garnered multiple Golden Globe nominations, Emmy nominations, People Choice Award nominations, and Tony Awards for his work on stage, screen, and television.

Most recently, Neil Patrick Harris began a run in the title role for the Broadway version of Hedwig and the Angry Inch. The role has brought Harris his most recent Tony Award, for Best Actor in a Musical.