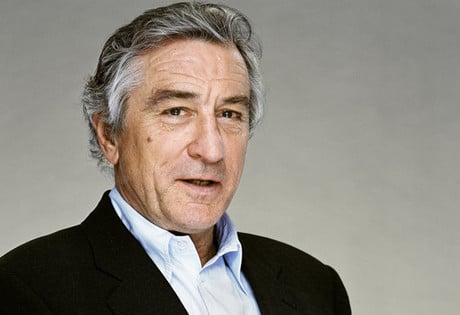 WeddingEntertainment.com makes it easy and trouble-free to check availability and pricing for booking Robert DeNiro or any act in the business for your wedding. If we don't book an act for you, our service is free. For over 26 years we have booked and produced thousands of events for our clients worldwide. We can also handle everything necessary to produce the show for one all-inclusive price so there are no surprises. Simply fill out an entertainment request form and a booking agent will contact you to discuss the possibility of booking entertainment for your wedding.

Robert De Niro Jr. was born on August 17, 1943, in New York City. His parents, Robert and Virginia, were both painters and met at a painting class in Massachusetts. They divorced when Robert Jr. was just two years old. The world of art was instilled in De Niro at an early age when his mother enrolled him at the High School of Music and Art, which is located in New York City. The school did not agree with him, however, and he dropped out at the age of thirteen to join the Little Italy street gang.

De Niro also attended the Stella Adler Conservatory, as well as Lee Strasberg's Actor's Studio. Although he did not agree with the methods taught at the studio, he stayed there to help jumpstart his career in the acting business. By the age of sixteen he began starring in plays, beginning with The Bear. De Niro married his first wife, Dianne Abbott, in 1976 and adopted her daughter Drena. They had one son together, Raphael, who later became an actor himself before turning to a career in real estate. Abbott and De Niro divorced in 1988. De Niro also dated former model Toukie Smith for several years. Though they never married, they did have twin sons, Julian Henry and Aaron Kendrick, together through in vitro fertilization.

Next, Robert married Grace Hightower, a former flight attendant, in 1997 and they had their first son Elliot in 1998. The couple filed for divorce two years after but they worked through their troubles and never went through with the divorce. They were officially remarried in 2004.

Robert appeared in his first film at the age of twenty. He was paid just $50 for his part in The Wedding Party in 1969. He began to receive notice in 1973 with the film Bang the Drum Slowly. Beginning in the mid-1970s, De Niro began a working relationship with director Martin Scorsese. Together they worked on quite a few films together including Taxi Driver in 1976, starring Harvey Keitel and Jodie Foster; New York New York in 1977; Goodfellas in 1990, opposite Ray Liotta and Joe Pesci; and Casino in 1995. De Niro also won an Academy Award for Best Actor for the film, Raging Bull, as well as an award for Best Supporting Actor for his role in The Godfather Part II.

By the mid-1980s, De Niro was afraid that he was being typecast as a gangster, so he began taking on more comedic roles, many of which were hugely successful. Some of his comedic films include: Brazil in 1985; Wag the Dog in 1997; Analyze This in 1999, opposite Billy Crystal; Analyze That in 2002; Meet the Parents in 2000, opposite Dustin Hoffman and Ben Stiller; and Meet the Fockers in 2004. De Niro's most recent film project in 2006, was directing and co-starring in The Good Shepherd, alongside Matt Damon and Angelina Jolie.

In order to get into a role, De Niro uses method acting, where he attempts to become as close as possible to the characters that he is playing on the screen. For example, he gained sixty pounds and learned how to box in order to play his role for Raging Bull. While filming The Godfather Part II he actually lived in Sicily. He then put on weight again and shaved his hairline in order to play Al Capone in The Untouchables.

In addition to acting, De Niro has proven himself to be a formidable businessman. He began heavily investing in the Manhattan area of TriBeCa in the early 1990s. Today he has founded the film studio, TriBeCa Productions, as well as the TriBeCa Grill, Nobu, and Layla restaurants, which are hugely popular. He is also the co-owner of the restaurant Rubicon, located in San Francisco with fellow owners Robin Williams and Francis Ford Coppola.