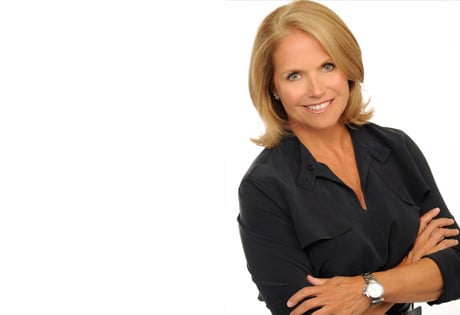 WeddingEntertainment.com makes it easy and trouble-free to check availability and pricing for booking Katie Couric or any act in the business for your wedding. If we don't book an act for you, our service is free. For over 26 years we have booked and produced thousands of events for our clients worldwide. We can also handle everything necessary to produce the show for one all-inclusive price so there are no surprises. Simply fill out an entertainment request form and a booking agent will contact you to discuss the possibility of booking entertainment for your wedding.

The American journalist and author Katie Couric was born in 1957 in Arlington, Virginia. Couric’s father was a news editor for a number of high profile newspapers, and so young Katie developed a respect for the field of journalism from a young age. Katie’s foray into the field began when she was still in high school and working as an intern at a Washington, D.C. radio news station.

After graduating from the University of Virginia with a bachelors in American Studies in 1979, Couric accepted her first job at the ABC News bureau in Washington, D.C. By the mid 1980’s, she’d moved to CBS, working at an affiliate in Miami, Florida. In 1989, Katie joined NBC News as a Pentagon Correspondent, making her one of the few journalists today who has a history of working with all three major networks.

Over time, Katie Couric rose to become one of the era’s most adored and trusted journalists. She co-hosted NBC’s Today show, and also anchored NBC News at Sunrise. She anchored the CBS Evening News and served as a correspondent for the network’s 60 Minutes program. Her interviews were well-known for being fair but highly revealing; her conversations with Sarah Palin during the 2008 campaign became legendary for their possible influence on the public’s perception of the candidate during the election. Couric was ultimately recognized with a Walter Cronkite Award for Journalism Excellence for the interviews.